HGST has released the Ultrastar SS300, an enterprise server SSD that's 1.6 times faster than its predecessor.

The SS300 is a bewilderingly varied SSD, coming in both 3D MLC (2bits/cell) and TLC (3bits/cell) versions, with varying power and endurance levels.

WDC says the SS300 was developed in partnership with Intel and is its fastest SAS SSD to date. There is no capacity increase over the SS200 but a useful sequential bandwidth boost. The drive has variations to hit a wider range of OEM requirements and features: 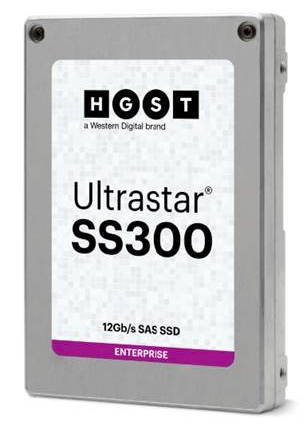 It is currently shipping to OEM partners, like Oracle. Get a datasheet here. ®