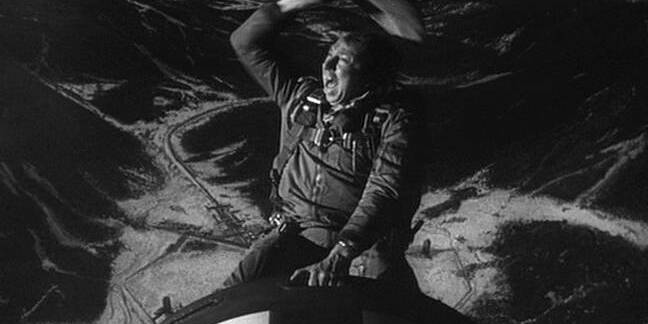 Space weather is usually driven by the Sun – but a bunch of data about Cold War nuclear tests has given NASA boffins the chance to measure whether humans can affect what goes on in Earth's neighbourhood.

The once-classified data records high-altitude detonations that happened between 1958 and 1962, conducted both by America and the USSR, at altitudes between 16 miles (25.7 km) and 250 miles (402 km).

And what impressive effects those blasts had: some of them destroyed the electronics on satellites (by 1961, less than four years after Russia hoisted the first Sputnik, there were 115 satellites in orbit, so there was plenty of electronics up there).

NASA Goddard explains some of the mechanisms involved:

Upon detonation, a first blast wave expelled an expanding fireball of plasma, a hot gas of electrically charged particles. This created a geomagnetic disturbance, which distorted Earth’s magnetic field lines and induced an electric field on the surface.

Some of the blasts created “artificial Van Allen belts” – charged particles held in place by magnetic fields, lasting weeks to years. Those phenomena were what damaged satellites.

Goddard notes that the characteristic energies of fission-produced particles are different from those naturally caused in the Van Allen belts.

The data also lets scientists delve into how nukes caused aurorae. The “Teak” test over Johnston Island in August 1958 cause an aurora seen by Western Samoa's Apia Observatory.

“Observing how the tests caused aurora can provide insight into what the natural auroral mechanisms are too”, NASA notes.

The Argus tests, also in 1958, created two geomagnetic storms seen from Sweden to Arizona, at the time measured travelling at 1,860 miles per second (nearly 3,000 km per second) and the second at less than a quarter that speed. ®