Cisco to fire another 1,100 after sixth straight revenue fall 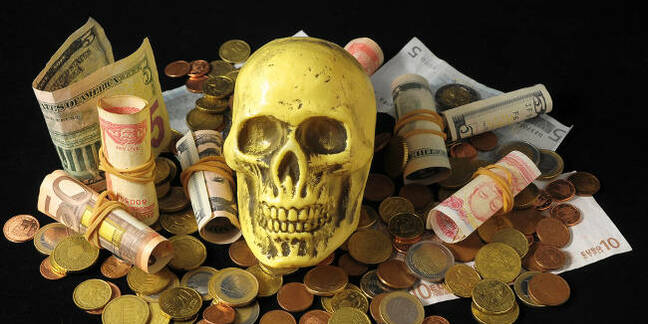 Administrative chaos in America has put a dent in Cisco's financials, and the company has announced its intention to cut another 1,100 jobs.

Its third-quarter earnings, announced today, Switchzilla reported a one per cent decline in revenue year-on-year to US$11.9 billion (its sixth consecutive quarter of decline), and predicted that Q4 will be even worse, slipping between four and six per cent.

Net income was $2.5 billion, and earnings per share at 50 cents was well below Wall Street's hoped-for 58 cents, leading to a share price drop of more than eight per cent after hours.

Why the slide? CEO Chuck Robbins offered slowing US federal government spending as one reason and added that Cisco has no idea what's coming for the next quarter.

Robbins wasn't so blunt as to put it that way, of course: he complained of a “lack of budget visibility” contributed about one per cent of the decline forecast for Q4.

Hence the extra job cuts, even though the company has shaved more than three per cent off its operating expenses year-on-year.

Robbins forecast “strong momentum” in the company's shift to selling software subscriptions, but that shift is a difficult one for a company whose long history is selling the big iron of network connectivity.

If America's four per cent slip was bad, but EMEA was worse, shedding six per cent, while the Asia-Pac grew a couple of points. ®

And the best part of it? Hospitals are most at risk