Guess who's getting fat off DRAM shortages? Yep, the DRAM makers 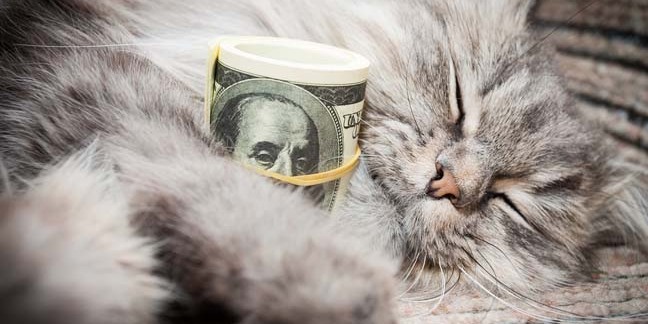 Global DRAM shortages might have proved a pain in the butt for buyers of PCs, smartphones and servers, but – unsurprisingly – they were a boon for the memory manufacturers.

Sales of the component hit a record level of $14.1bn in the first three months of 2017, up 13.4 per cent year-on-year, according to the latest numbers from Trendforce's DRAMeXchange division.

And the data indicates at least a 30 per cent increase in the average contract price of PC DRAM modules between the fourth quarter of 2016 and the first quarter of 2017.

The dearth also affected the server and mobile markets, with prices of mobile DRAM products rising nearly 10 per cent on average over the period.

A DRAMeXchange chart summarises all the numbers (unit: million USD).

DRAMeXchange said each of the top three suppliers reported "huge increases" in operating margins in Q1 and will continue to do so in this second quarter.

Will the shortages and price rises continue? Avril Wu, research director of DRAMeXchange, said: "As for this second quarter, the mobile DRAM market has cooled down temporarily, but the server DRAM market is still quite hot. DRAMeXchange anticipates product prices will again go up significantly in both PC and server DRAM markets, with their respective average increases exceeding 10 per cent from the first quarter."

Wu claimed "additional DRAM manufacturing capacity will become available in this year's second half at the earliest mainly to meet the demand related to shipments of new smartphones and PCs during that period."

Traditionally memory manufacturers have overproduced to increase capacity, and supply shortages turn to gluts. We'll see if that's the case this time round. ®

You look like a fungi. Got mushroom in your life to build stuff with mycelium computers?

Trump blinks again in trade war bluff-fest with China: Huawei gets another 90-day stay of US import execution