Miles Deep’s AI can be used to classify adult material, or to identify and remove sequences to make a video “safe”. The developers claim it is far more sophisticated than Yahoo!’s open source flesh detector AI, “NSFW”, covered here.

Developers describe Melondream as "the first application of deep learning to the field of erotica". 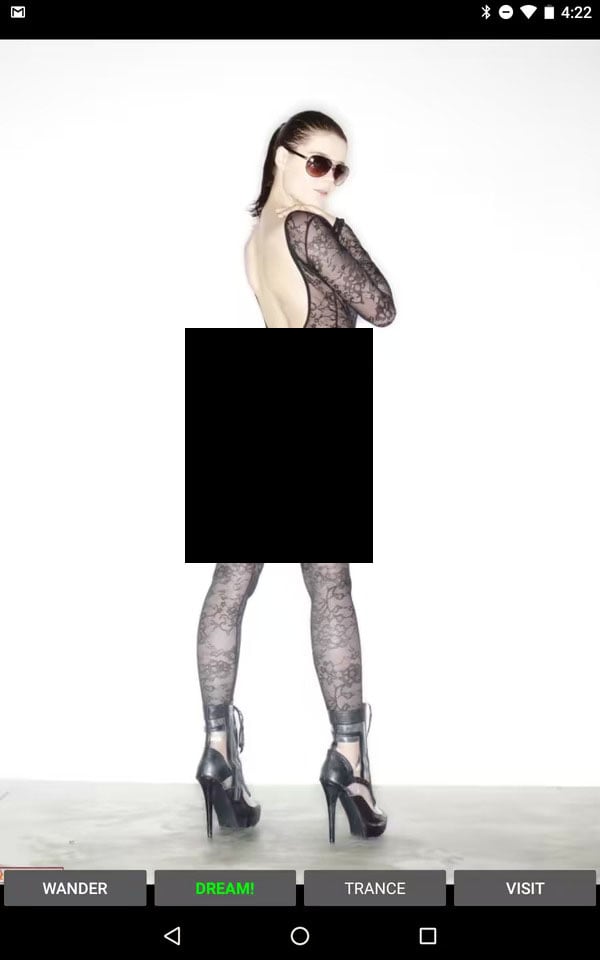 One-handed UI: MelonDream handout (made safe for work by us)

"If [you] want more beach scenes, press the sand and water. If you want to see more girls in the woods, press the greenery. If you like to see girls posing on wooden chairs, press the chair. And so on. This is a solution to the problem of large-scale unsupervised image clustering," the developers explain.

It also has uses beyond pornography, and the developers are keen to see it commercialised. The applications for UGC sites should be self-evident.

You can find a discussion among developers here, and download MelonDream from erotica app store Lazeeva or the developer’s own site. ®