Redmond's OS needs to be cool for consumers, but its best chances are with business

Microsoft presented its latest Windows 10 strategy to developers at its Build event in Seattle last week.

Microsoft states that Windows 10 is now installed on more than 500 million devices, halfway towards the goal of 1 billion by 2018 that it set itself at Build 2015.

In July 2016 the company acknowledged that its target was not realistic, telling the press that "due to the focusing of our phone hardware business, it will take longer than FY18 for us to reach our goal".

"Focusing" in this context meant killing Windows Phone, other than for a business niche the company (and partners like HP) thinks may exist for multi-purpose devices that work like a PC when docked.

Still, 500 million is not bad, and shows that Microsoft's carrot-and-stick approach to Windows 10 upgrades has been effective.

Build saw the announcement of a new Windows 10 release, the Fall Creators Update, along with key new features.

The name of the update is the first misstep. The "Creators" concept is rather tangential both to the new features and to Windows users in general. As for Fall, I remarked to another journalist at Build that the name was US-centric. "Imagine how it goes down in Australia," he replied. 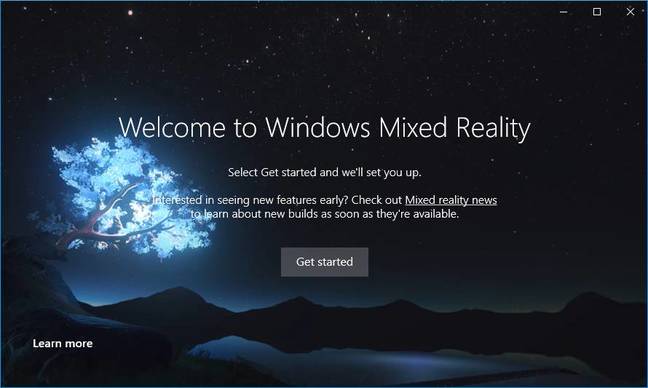 Leaving aside the name, what are the prospects for the new features announced at Build? Mixed Reality, for example, by which Microsoft means a variety of things, including the whole spectrum from Augmented Reality (like HoloLens) to immersive Virtual Reality, using headsets, as well as adding special effects and 3D models to photos and videos. A new app, called Story Remix, will make this easy for consumers, a companion to Paint 3D in the first Creators Update.

HoloLens is cool technology, and Story Remix drew a cheer at Build, but Microsoft's problem is that the momentum in consumer technology is with mobile devices running Android or iOS, which is also where the source images or videos for Story Remix are likely to originate. The thinking is to make Windows 10 an ideal companion for a mobile device (it used to be the other way around), but you can be sure that Google and Apple have other ideas.

PCs do have a strong niche in gaming, and this is where new, just about affordable headsets and motion controllers from Acer and HP have most potential. The motion controllers do not require external sensors. Unfortunately, hands-on demos of the new controllers were not available at Build but we may see more at the E3 event next month, where Xbox chief Phil Spencer has promised "new experiences with different IP".

How about Windows 10 as an app platform? The failure (so far) of the Windows Store sums up everything that has gone wrong for Microsoft since the Windows 8 upheaval. It is still not the first place you look for Windows applications. It is unattractive for developers, partly because users do not look there, partly because of limitations of the UWP (Universal Windows Platform) used by Store apps, and partly because they need to support users on Windows 7. 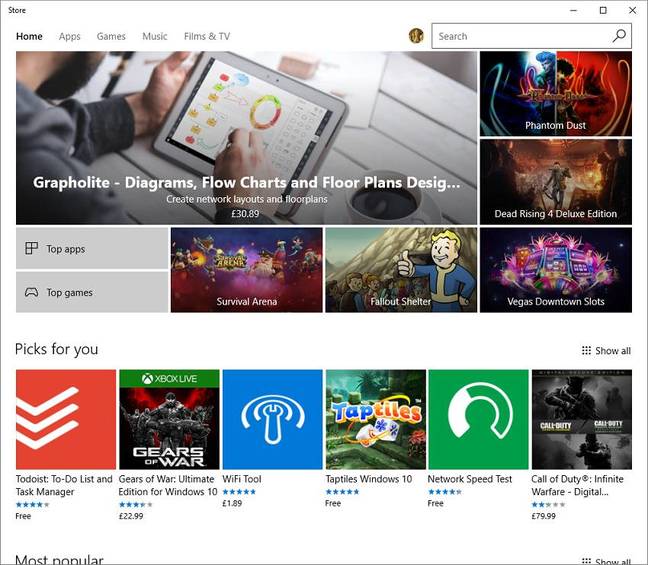 The Windows 10 Store – a glimmer of hope?

Build 2017 offered a glimmer of hope for the Store. Windows boss Terry Myerson announced that Apple iTunes is coming to the Store, perhaps the most significant sign of adoption yet.

The reason for this is not newfound love for UWP, but the Desktop Bridge, formerly known as Project Centennial, that lets developers wrap desktop applications for Store delivery. There are real benefits for the user, in that such applications are partially isolated and both install and uninstall are simplified. There are also benefits for Windows. Desktop Bridge applications extend rather than write to the Windows Registry, preventing Registry bloat when they are uninstalled. Store curation should also protect users from malicious or badly behaved applications.

Still, Microsoft has some way to go. For example, there are certain free applications that I generally install on Windows, including FileZilla, PuTTY, foobar2000. None are currently in the Store.

The hugely popular Steam store is another problem. Users who purchased Call of Duty: Infinite Warfare – Digital Deluxe from the Windows 10 Store say performance is great, but multiplayer useless, because most other players have Steam installations and it is incompatible. 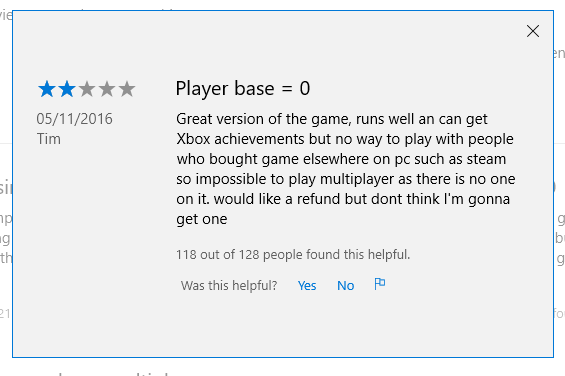