Hursley R&D team do their part to entertain Rometty 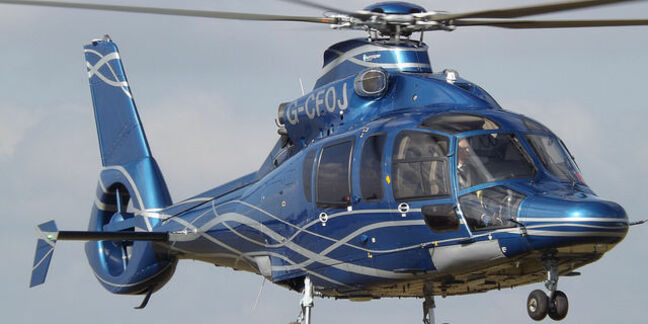 IBM’s glorious leader Ginni Rometty – also known in some corners as the axe woman – this week cocked a snook to the corporate directive on travel restrictions by flying into the Hursley-based R&D centre in a Big Blue chopper.

An IBM UK Lab Campus blog, seen by El Reg, revealed that the chairman, president and CEO spent 17 May with the little people on the payroll.

“She spoke to a packed Town Hall, listened to early professional hires describe their developer advocacy work, talked to members of the SpaceMakers winning team, met an IBMer who has worked in IBM UK for fifty years, saw demonstrations of our latest technology, and spent time with our clients,” the blog confirmed.

There can’t be too many IBM veterans left who have clocked up 50 years’ service, and judging by the company culture, there likely won’t be many in the future.

IBM hasn’t grown in 20 quarters, pretty much since Rometty was made the boss. The company is wrestling with customers shifting to the cloud and the impact that has had on its traditional tech portfolio.

Repeated redundancies and a recent directive to limit travel expenses on a round trip to £75 have typified life in an organisation that is desperately trying to contain overheads. Staff need to meet certain criteria to get higher travel costs approved.

The irony of Rometty arriving in a shiny blue 'copter wasn’t lost on some IBMers. “I’m sure, given all the cutbacks, that landing by helicopter sends the right message. Must look up that option next time I apply for travel.”

And lest we forget, Rometty is in line to be paid at least $33m by IBM this year - the exec already has a net worth of $45m - so she could consider buying her own fleet of choppers.

El Reg – via IBM’s internal blog – will keep you posted on further “news and information” about Rometty’s trip to Blighty, including “what she saw, and what she said”. Excited? So are we. ®

Citrix mysteriously quiet amid whisperings of senior layoffs: Executives, teams logged out, it is claimed

Exclusive CEO of embattled biz tells The Reg: 'Docker Enterprise continues to be our main focus'

Up to 70% of staff shown the door this week, insiders claim