Augmented reality drone detection, all the way from Hampshire 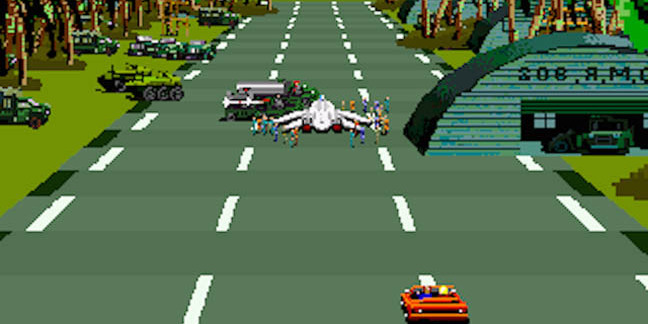 We're pretty certain this is not what City controllers will see...

London’s City airport is replacing its air traffic control tower with zoomable cameras worked from a base in Hampshire, according to reports.

City, a small business-focused airport tucked into the capital’s Canary Wharf district (aircraft landing from, or departing to, the west of the airport actually fly between the area’s skyscrapers) will close down its tower’s visual control room and replace it with a 50m tall digital version.

This will be provided by NATS (the company formerly known as National Air Traffic Services) and will be remotely manned from a hub in Swanwick, Hampshire, according to the Guardian.

“From 2019, the controllers’ window over the Docklands’ skyline in east London will be a bank of HD screens,” the newspaper reported, adding that the full 360 degree view from the City VCR has been compressed to a 225-degree arc, allowing NATS controllers to view the entire runway and apron area from a normal seated position without needing to turn around.

One big feature of the new digital control room is the “augmented reality” ability to overlay the screens with live aircraft information – Flight Simulator players of old will recall the little information tag next to each in-game aircraft. Combined with radar return data, this allows unidentified aircraft – such as drones – to be easily picked out.

Steve Anderson, head of transformation at Nats, said: “It’s heads-up, all the info is there while they are looking at the screens, everything they don’t have at the moment. That’s why it’s the future.”

Developed by the defence and aerospace arm of Sweden’s Saab, the digital control room has already been rolled out at two small airports in Sweden and has been trialled in the US, Australia and Ireland.

Security fears were dismissed by NATS staff briefing the press: redundancy is assured through three separate physical backhaul cables transmitting data from City to Swanwick, and the BBC reported that airport staff said the system had been stress-tested by security experts.

"We do see this as being a growing market place across the UK and the world,” NATS’ airport director Mike Stoller told the broadcaster. ®

It just wasn't meant toupee: Bloke nicked at Barcelona Airport with €30k of blow under wig