US lawmakers try to clear up FTC control over data collection 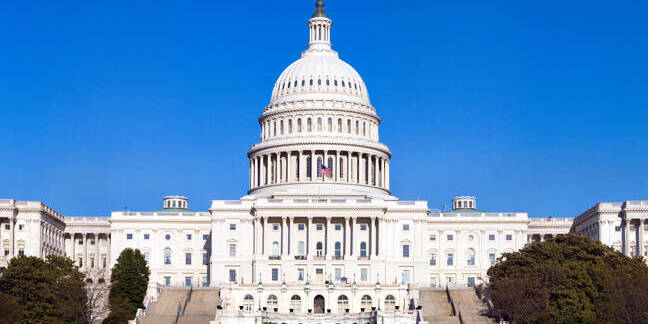 The US Representatives who just weeks ago repealed privacy rules for ISPs now want to enact a new set of restrictions.

Tennessee Republican rep Marsha Blackburn is sponsoring the bill [PDF], known cheekily as the "Balancing the Rights of Web Surfers Equally and Responsibly (or BROWSER) Act of 2017."

The bill would explicitly set the terms under which ISPs could collect and distribute information on their customers, and when they would need to get opt-in or opt-out permission. It would also establish US trade watchdog the FTC as the governing body for internet privacy rules.

The BROWSER Act would require ISPs to get user consent when using collected information for purposes other than billing, security, or emergency response. It would also block providers from making services conditional on users agreeing to waive privacy rights.

"We must offer American citizens real internet privacy protection, not mere lip service which gives internet users false expectations about their level of online security," Blackburn said. "I encourage all House members who are serious about protecting our constituents' online privacy to join me in advancing this bill."

Congressman Blackburn, who has taken hundreds of thousands of dollars in campaign contributions from telecommunications companies, was among the reps who had worked in March to strip the privacy protection features from US broadband regulator the FCC and give them to the FTC. This has thrown a number of consumer privacy rules into limbo with uncertainty as to who could enforce them.

Blackburn now argues that she was looking to improve and simplify privacy rules, rather than limit protections for customers, and that the new law would continue to protect privacy while drawing a clear line of authority to the FTC.

"Second, the FCC focused on only one part of the Internet eco-system and ignored edge provider services that collect as much, if not more, data than ISPs."

The BROWSER Act is currently being considered by the House Committee on Energy and Commerce. ®