Interview A technology that first hit the mass market in 1990s-era modems running over voice networks will soon be boosting submarine fibre speeds around the world.

So says Dr Laurent Schmalen, Department Head, Coding for Optical Networks, at Nokia Bell Labs, who chatted to Vulture South about “constellation shaping” and the future of fibre research.

Schmalen explained that two questions are on Bell Labs' mind at the moment: what's the ultimate limit of fibre, and what are the near-term speedups we can achieve?

In the near term, Dr Schmalen said, the constellation shaping technology it recently tested in conjunction with Facebook looks promising.

Dr Schmalen said that test was a culmination of “technology we've developed over two-to-three years, that's quite mature now”.

Constellation shaping seems counter-intuitive, because it delivers better performance from of a channel by ignoring some of its available frequencies.

Dr Schmalen explained that the conventional use of constellations, in the QAM (quadrature amplitude modulation) 16 or QAM 64 that helped 90s modems to work, each “slot” is used equally. 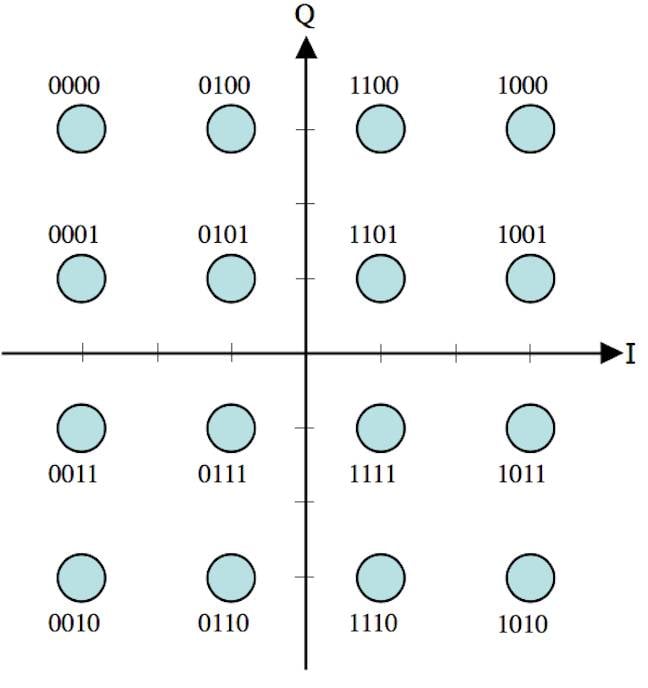 Some "stars" are more equal than other. Constellation-shaping picks out the best to use. Image: Wikimedia

In constellation shaping, “we use the points that are closer to the middle of the constellation more frequently than those at the bottom”, because “bad” points need much higher transmission power.

This, he added, “makes the constellation more resilient against noise”.

This comes back to Shannon-era information theory. The downside of using the “bad” channels is that their need for high transmit power increases the overall noise floor of the system – including the noise observed in the “good” channels.

Dr Schmalen again: “We can stretch the constellation at the same transmit energy, and make the constellation more resilient against noise – a gain of 1 dB, which improves the performance of existing systems … just by sweeping the probability, using the most favourable more frequently.

“Yes, you give up a little bit – but the gains exceed the amount you're giving up.”

The other reason so much research is going into constellation shaping is that it only needs to be deployed at endpoints – a very important consideration when you're looking at how to squeeze more out of existing submarine systems.

“We can upgrade existing systems, because everything is done at the endpoints – the repeaters don't need to be changed”, Dr Schmalen said.

“For the Facebook test in March, we used it … without any change on the cable. It was just an upgrade on the land sides.”

Dr Schmalen also discussed a topic that's arisen in The Register from time to time: researchers borrowing multiple-in, multiple-out (MIMO) techniques that have their roots in wireless technology, “one of the most promising ways to improve the capacity of optical cable”.

This is a long-term goal, because it does need fibres to be replaced – today's fibres only have a single physical path, and spatial multiplexing needs multiple paths.

But it's also necessary, because Dense Wavelength Division Multiplexing (DWDM) is running pretty close to capacity – mostly because we're close to the limits of optical amplifiers.

“Space is under-exploited,” he said.

In the fibre itself, while there are significant gains to be had in multimode fibres, the best long-term prospect seems to be in multicore fibres – multiple discrete light paths within a single fibre.

The two main research priorities, Dr Schmalen said, is to cancel crosstalk between cores, and to make fully-integrated amplifiers (that is, amplifiers that can deal with multiple signals in a single device – “An array that can amplify six cores of fibre at the same time, without increasing the cost significantly”. 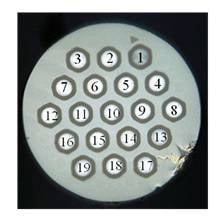 Nokia Bell Labs has already demonstrated a 6x6 MIMO equaliser about three years ago, he said, but fibre development already outstrips that. There are 20-plus core fibres now, and 50 core fibres are possible in the near future.

The good news is that we won't ever need a 50 x 50 MIMO equaliser, because not all fibres will interfere with each other. Individual paths only cause crosstalk in paths nearby to them.

And yet: limits to the physical layer exist. For all our talk of “beating Shannon's law”, every physical layer development involves a combination of adding new channels or reducing noise – the foundation elements of Shannon's work.

Dr Schmalen said the industry needs to “get a holistic picture of the complete network”, to cut down on unnecessary traffic – overhead and duplication.

“In other words, look at the MAC layer, and combine technologies from the Physical (layer 1) to Networking (layer 3) layers to maximise the performance.”

Packet optical networking is one important research stream, because “you get big improvements both in latency and in throughput”. ®