The general solid state drive price premium over disk should decline from 6.6x now to 2.2x in 2021, according to new IDC numbers.

IDC updated its SSD forecast last week and Stifel analyst and MD Aaron Rakers has had a look at the updated forecast. It says SSD shipments will increase from around 157.5 million units shipped in 2016 to 312.9 million in 2021; a 15 per cent CAGR (compound annual growth rate.) 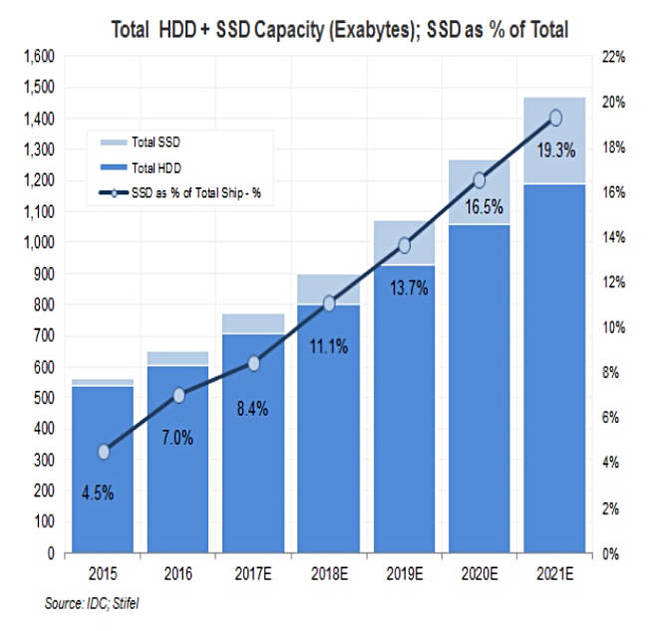 Over 80 per cent of total capacity shipped in 2021 will be on spinning disk. 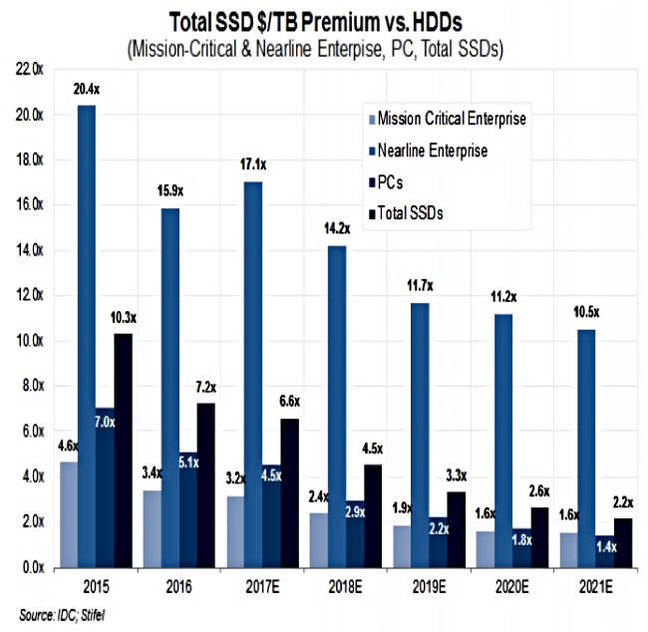 He thinks that, in enterprise drives generally, IDC’s numbers imply an increase in the SSD premium from 12.7x in 2016 to 13.7x this year, possibly reflective of tight supply/demand dynamics in the NAND flash industry.

The chart shows the nearline enterprise SSD premium rising from 15.9x in 2016 to 17.1x this year and falling to 14.2x next year when, presumably, supply constraints ease.

IDC thinks this general enterprise SSD premium will begin to decline again in 2018 and reach 8.8x in 2021.

PC pricing premium on a $/TB basis is expected to decline from 5.1x in 2016 to 1.4x by 2020 – quite an accelerated fall. IDC thinks PC SSD revenues will increase at a 7 per cent CAGR over the same period.