Is it comets? Or aliens? Astronomers want your help to figure out this cosmic riddle 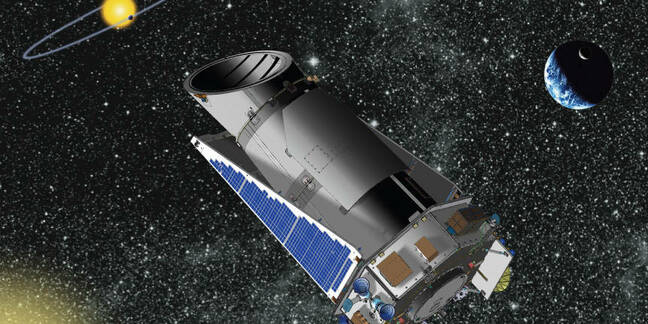 Astronomers worldwide are scrambling a worldwide effort to capture as many images of the famous “Tabby's Star” (also known as Boyajian's Star), which has abruptly entered a dimming phase.

The mysterious KIC 8462852 has intrigued astro-boffins ever since Tabetha Boyajian worked out the dimming signature in Kepler observations from 2011 and 2013. Follow-up work revealed there were two mechanisms at work: a periodic twinkle, and a much longer-term dimming.

Its behaviour has been attributed to a comet swarm, a broken-up planet, or a Ringworld-like "Dyson sphere" megastructure, all of which fail to explain the star to everyone's satisfaction.

That's why, in response to a dimming event that started on April 24, the Astronomy Telegram put out a call for observations on Saturday.

That note says this is the “largest and first clear dip seen in over a year of monitoring”, adding that it “shows no sign of having yet reached a minimum”.

The Astronomy Telegram was wrong about one thing, however: the dip was relatively brief, as Penn State University astronomer Jason Wright said on Twitter:

Latest photometry from last night; this event seems to have ended, but remember than in Q16 they came in clumps.@tsboyajian pic.twitter.com/serFLLFXL9

As he notes, astronomers should still keep their eyes peeled, because dimming events last year “came in clumps”.

Boyajian took part in a live Q&A on YouTube on May 21 (US time.

She explained that the reason astronomers are interested in demonstrating periodicity in the dimming events, because that improves the case that there's something orbiting it (rather than occlusions being caused by something between Earth and the star).

In a YouTube video recorded at the start of the dimming event, Penn State's Wright explained that capturing a dimming event as it happens will help characterise the spectral signature of whatever material is causing the dips. ®

Roundup Also: Virgin Orbit demonstrates it can drop stuff off a 747

NASA has Mars InSight as latest lander due to arrive today

Then it's time to penetrate the Martian surface for science

From elephants to fish, there's no GDPR in the animal kingdom