(And everything you've seen) Welcome to 'Closing the Loop'

In a move with echoes of the fictional internet giant described in Dave Eggers' The Circle, Google's has begun trawling through billions of personal credit card records, matching them to your browser, location and advertising histories.

In The Circle, the eponymous company achieves birth-to-death information dominance, or "Completion" such that it was illegal not to vote or use The Circle's services. Spookily, Google sells the co-mingling of offline and online data as "Closing the Loop".

For example, if you bought a TV offline, Google would match your credit card history to your ad profile (containing your GPS record and your browsing data) to "prove" to the merchant that you did, or didn't, see one of its advertisements, the Washington Post reports.

But the mere fact that Google and Facebook mingle their own exhaustive personal data records – your search history, YouTube viewing history and GPS location (constantly tracked by Android), for example – with information gleaned from large third-party online and offline databases may come as a surprise to their billions of users. In reality, for Google, this is a smaller step than you might think, and is part of a gradual process by which our every move is digitally recorded, and the data then traded and mixed.

The giant ad duopolists are primarily consumer data processing companies; the "search" or "social network" or "mobile operating system" is in each case merely another data acquisition source. The real business is in the processing, mixing and selling of personal data to advertisers.

The credit card companies began to monetise the histories a few years ago. Facebook signed deals with data companies including Experian, allowing it to mingle third party offline and online data, something it also calls "closing the loop". Last year Facebook was reported to combine six or seven data sources to create its "Facebook Graph".

Last year too, Google created "super profiles" of its users, breaking an earlier promise never to mingle data from your search history, YouTube viewing history or GPS location (constantly tracked by Android) with DoubleClick cookie information unless you explicitly opted in. Super profiles have prompted an antitrust complain from Oracle, arguing that the combined data hoard creates an insurmountable barrier to entry for any ad competitor to Google.

"The new credit-card data enables the tech giant to connect these digital trails to real-world purchase records in a far more extensive way than was possible before," the WaPo reports. "Neither gets to see the encrypted data that the other side brings." 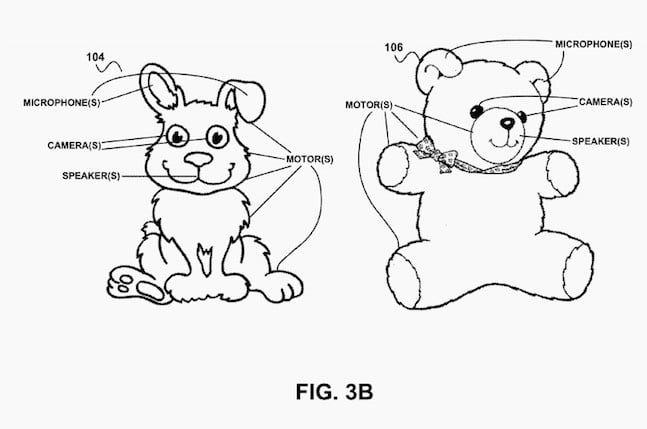 From a Google patent published in 2015

Google's lead in location data is critical, as we described here – which you will find a helpful read for understanding the context of the co-mingling.

Having your location data – and thanks to mobile Google knows where you've been – allows Google to dictate terms to advertisers. Google knows where a merchant's customers are before the merchant itself does. Location data also allows Google to insert itself into every transaction. In the litigation with Skyhook, a rival supplier of location data, it emerged that Google insisted on a monopoly on personal location data collected on Android devices. The company was prepared to halt Motorola's production lines to ensure that only Google was collecting this data.

Users consent to Google's terms when they they boot their Android phones, or use Google Maps on iPhone, or click through a privacy popup on a Google website. Users can delete the data and reset their ad ID, but can't stop the data being collected or co-mingled – this starts all over again immediately. Whether user have given consent for the co-mingling is another question. Did you know Google would be acquiring your credit card record when you signed up for your card?

Paying by cash, the Washington Post notes, is one way to keep the "Loop" open.