HPE's 3PAR StoreServ 9450 is an upgrade on the existing 8450 all-flash array with more performance and connectivity. The company says it's increasing performance 70 per cent, doubling scale to 6PB, and enabling 3x the frontend connectivity with 80 host ports. 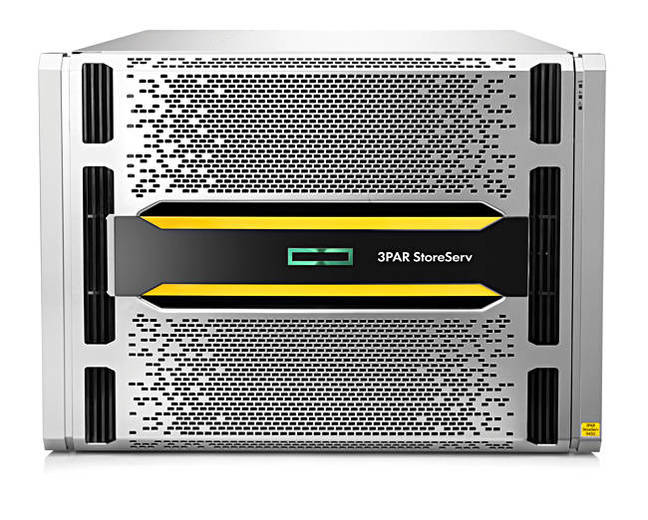 We imagine the 9450 has faster Xeons but haven't been able to confirm.

HPE claims the 9450 enables consistent and predictable performance at less than half the cost of EMC VMAX 250F4 and supports consolidation of both block and file workloads. It also provides a proof path to next generation Storage Class Memory (Optane we guess) and NVMe using HPE 3PAR 3D Cache.

At the array entry level there are new MSA 2050 and 2052 products. They deliver twice the performance of the previous generation and start at less than $10,000. The 2052 has 1.6TB of flash capacity. We're told these MSAs can mix any combination of SSD and SAS drives, and include snapshots and remote replication.

StoreOnce CloudBank provides AWS or Azure storage or on-premises object storage tiers for long-term retention. HPE says it reduces bandwidth requirements by over 99 per cent, helping to lower costs of cloud-based storage to just $0.001 per gigabyte per month.

StoreOnce supports 3PAR arrays so older array data can be pumped out to on-premises object storage or off to the public cloud.

It will be interesting to compare the 3PAR 9450 with Pure's FlashArray//X, Dell EMC's new XtremIO products, and NetApp's new all-flash FAS kit. A round of AFA upgrading has swept through the industry. ®