'Digits' marks a shift for the phone industry 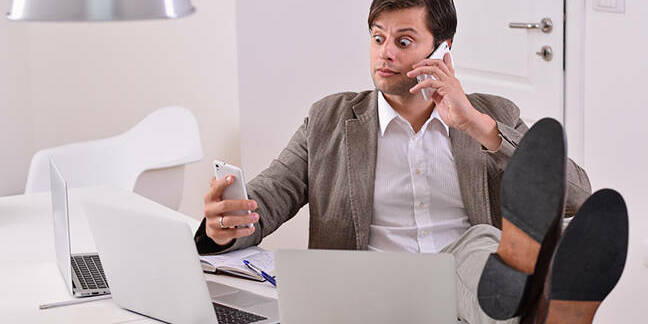 T-Mobile is taking a leaf out of the tech industry book and separating phones from their numbers.

The company's Digits service will allow you to pick up calls from any device – in much the same way Google does with its voice service and Apple does with its AppleID. It will launch on May 31.

The service has been in beta for roughly six months and represents a significant shift for a phone company, given that the single-number-to-single-device has been the foundation of the industry's economic models.

Customers' existing numbers will be "upgraded" to the new Digits service and can then be extended to other devices including laptops, wearables and tablets. From the end of the month, T‑Mobile customers will be able to set up a system that can, for example, ring both your phone and your smartwatch at the same time, or send a text message from your laptop.

The company said that in a survey of its beta testers, the most popular uses of the service were the ability to:

The system works through an app (Android and iOS) or a downloaded application (MacOS or Windows). The vast majority (96 per cent) of beta testers used a Digits app on a different phone or tablet to use the service, and just under half used a browser on their PC.

T-Mobile claims that 30 million Americans – especially business owners – have at least two phones with two different plans, amounting to $10bn in effectively wasted money each year. As such, it claims that Digits enables a customer to get rid of the second device and so save money and hassle. Not coincidentally, it is offering an extra phone line for free if people sign up to its highest-end plan.

T-Mobile also expects businesses to adopt the service in order to "skip the headache and the costs of setting employees up with new devices and work numbers." Businesses will also be able to retain telephone numbers if an employee leaves and use the system as a cheap switchboard – for example, sending a single number to multiple people.

It hopes that the system might pull people away from their landlines by having a home number that routes to the whole family's smart phones. And it suggests that you could set up a number to act as a privacy barrier – rather than giving your personal number. Extra lines will cost $10 a month.

"Digits is another industry-shaking T‑Mobile innovation that wouldn't be possible without all the advanced technologies already built into our network – so you won't see anything like this from the carriers anytime soon," boasted COO Mike Sievert. "Digits bring phone numbers into the digital age." ®

Two missing digits? How about two missing employees in today's story of Y2K