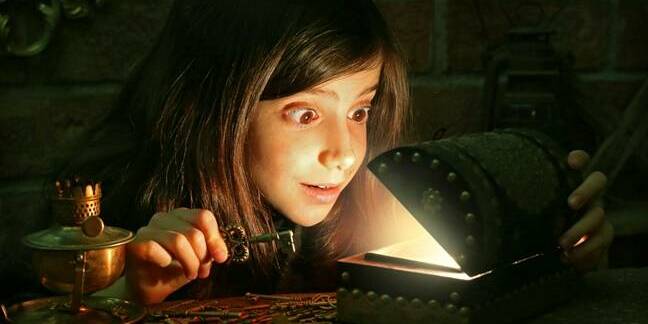 Android creator Andy Rubin has been running in stealth mode with his forthcoming smartphone startup Essential, but has now released a teaser picture of his new handset.

Next week the startup will unveil its first comms device, and judging from the silhouette image, it's going to look very odd indeed. The handset follows the traditional chocolate-bar shape, with what looks like power and volume buttons on the right-hand side, but it has a strange rounded protuberance at the top.

We heard you @renan_batista - here's something to hold you over until next week: pic.twitter.com/QSIeXyjKNq

Rubin parted ways with Google in 2014 after an eight-year stint as head of Android, and then less than a year leading the Chocolate Factory's robotics division. He stepped down to concentrate on venture capital funding and operating a French bakery called Voyageur du Temps in Los Altos, California, with his wife.

But this year Rubin has been dropping some serious hints about a new mobile phone from his firm Essential, and a super-special smartphone to come. Part of the secret sauce is apparently a connector on the phone that can both power the device and handle extensive add-ons.

Some have suggested the silhouette shot shows a 360-degree camera, which presumably plugs in via this connector technology. Others think the phone might be carrying a scanner for Google's Project Tango initiative, to make the handset into a mixed reality device.

We won't know until next week, but if Rubin wants to break into the cutthroat smartphone market, he'll need to pull something very special out of his hat to do so. We shall see. ®

Android creator Andy Rubin's firm might think its phone is Essential, but 30% of staff are not

At this point does anyone still care?

Just 5,000 handsets have been shifted since release – pundits

No one saw it coming: Rubin's Essential phone considered anything but

Essential's Rubin coy on mysterious Plan to Take Over the Universe

One home at a time

Phone with no customers latches onto least popular major carrier