Solid state drives degrade as they age, because you can only jolt the semiconductors involved so many times before the very silicon itself becomes damaged and more prone to error. Drives' controllers know about this and watch out for increased error rates that signal a cell is starting to become unreliable. Drive-makers also practice “wear-levelling” so that all of a drive's cells get a workout instead of some being used more than others and therefore getting closer to the grave than their colleagues. Wear-levelling helps to keep an SSD's capacity high over its working life.

Those tricks mean SSDs can be rated for millions of write cycles. Which sounds like more than enough for any application until you consider that current enthusiasm for machine learning will see servers thrashed long and hard to crunch through big data sets. If those servers are rented by a public cloud, their owners have incentive to ensure they're used 24x7.

In The Register's reading of the matter, this is why value-aware SSDs have been proposed, because we know that SSDs will get worse over time, but there's massive incentive to keep them working.

As described by Nikkei Technology, Professor Ken Takeuchi and colleagues from the Department of Electrical, Electronic, and Communication Engineering at Chuo University have therefore found three ways to keep SSDs humming at impressive speed.

First comes a technique that sees data of high value is popped into cells known to have high reliability, while less important data gets less-impressive lodgings. Even though errors increase, processing time falls.

The researchers have also devised a method called “Critical Page Error Reduction” that changes voltage used to write high-value data so that error states are avoided. The new SSDs also employ “Accelerated LDPC”, which limits attempts at error correction during reads from cells to five. That limit to error correction speeds reads overall. 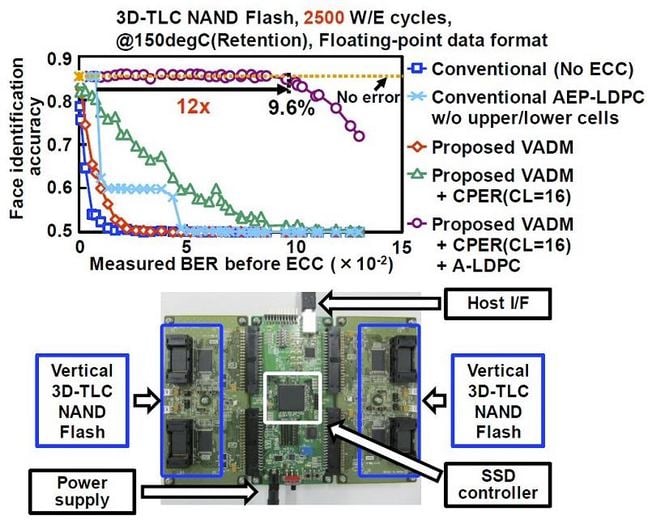 All of which is lovely in theory but as ever there's no way of knowing when or if this stuff will ever hit production.

But there's reason to be optimistic, because professor Takeuchi has a long record of foundational work in solid state memory. Let's also note clouds' enthusiasm for exotic silicon in the form of FPGA and Google's Tensor Processing Unit, because some workloads just don't sing on commodity chippery. ®