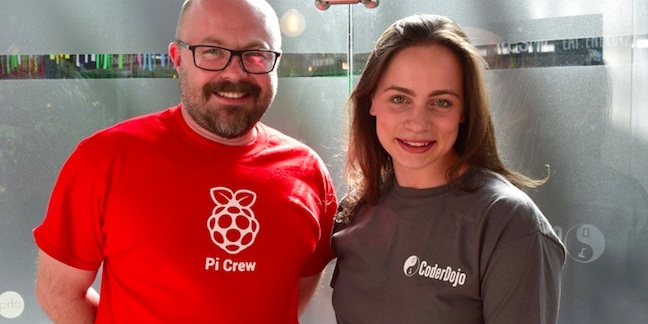 The Raspberry Pi Foundation and the CoderDojo Foundation have merged in order to combine forces and accelerate both organisation's mission to teach kids how to code.

Raspberry Pi Foundation CEO Philip Colligan wrote that the two organisations “see an opportunity to do even more by joining forces.” CoderDojo's executive director Giustina Mizzoni says the merger means her organisation's students and volunteer mentors will enjoy “access to the best possible support, including access to the world’s best educational materials and resources.”

And therein lies the nub: the Raspberry Pi foundation creates learn-to-code resources. So does CoderDojo, as part of the volunteer-run clubs learn-to-code clubs it offers kids aged seven to seventeen. Joining the dots to understand why a merger makes sense isn't rocket science.

Once that's done, the rPi crew will be able to “provide practical, financial, and back-office support to the CoderDojo Foundation” and then set sail for “ambitious goal: to quadruple the number of CoderDojos worldwide, to 5,000, by the end of 2020.” ®