Grants of up to £100k to figure out implications of big data, blockchain 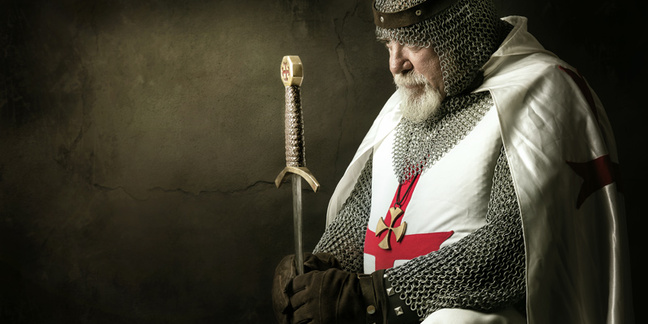 The UK's data watchdog is offering up to £100,000 for projects looking at how emergent tech affects information rights, saying that practical research "needs a stronger voice".

As survey after survey shows declining public trust in the use of their data and the government plans to slurp even more, the Information Commissioner's Office (ICO) has decided one way of boosting Joe Public's confidence is to have someone else look into it.

The programme, launched yesterday, will award a yet-to-be-decided number of projects between £20,000 and £100,000 (out of a total annual budget of £250,000) to assess the privacy implications of new technologies, and come up with ways to address them.

Commissioner Elizabeth Denham said that it was "designed to give practical research and policy a stronger voice in this evolution" of information rights.

"Current research shows that 75 per cent of the public don't trust the way that their personal data is used," she added. "I want to see that number reduce and that requires evidence of what is causing the problem and well considered ideas for how to address it."

It is linked to the watchdog's April 2017 Information Rights Strategic Plan, which sets out five priorities for the organisation, including increasing its leadership and influence as well as working to increase public trust and create a "culture of accountability".

The ICO said that it wanted to focus on projects "that will make a real difference to the UK public". But the scheme is also aimed at increasing awareness of data protection amid growing concerns that organisations are tending to resolutely ignore, rather than prepare for, the impending EU General Data Protection Regulation.

Research projects should last for up to a year, the ICO said, adding that it was particularly interested in work on emerging technologies, such as big data, artificial intelligence, machine learning, social scoring and blockchain.

The ICO is also working to build up its technology capacity – it is currently seeking to hire a CTO and its April Information Rights Strategic Plan lists "staying relevant" and "keeping abreast of evolving technology" as one of its priorities.

The scheme comes within the first year of Denham's tenure as Information Commissioner, during which she has overseen some of the largest fines issued by the body – £400,000 to TalkTalk – as well as calling for tougher rules on government bodies trying to weasel out of responding to Freedom of Information requests.

The scheme is open for applications until July 2018. ®