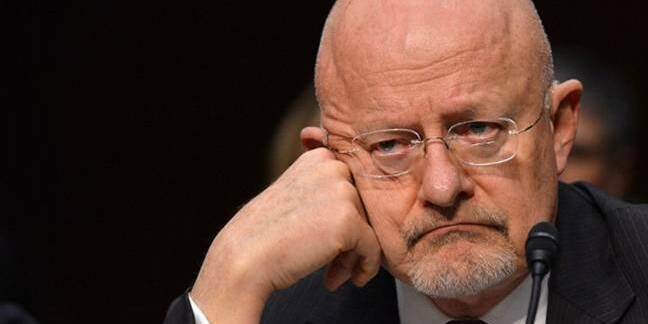 James Clapper, US Director of National Intelligence under president Barack Obama, has used a speech in Australia to unload on US president Donald Trump and on Russia.

On the former, Clapper told Australia's National Press Club in Canberra that Trump's “internal assault” on America's institutions is driven by “paranoia and resentment of any doubt cast on the legitimacy of his election”.

He notes that his former office's assessment did cast such doubt, something exacerbated when Trump, “ever transactional”, asked Clapper to “refute the famous dossier* which I couldn't and wouldn't do”.

Watergate pales by comparison with what America is going through under Trump, he said.

As to Russia, Clapper says the “regime-funded broadcasting arm”, RT (Russia Today) ran a “very sophisticated” campaign of propaganda against Hillary Clinton and for Donald Trump – and that fake news was both wittingly and unwittingly picked up and amplified by mainstream outlets.

That's in addition to pro-Russian trolls also planting false information; and the notorious hacking of the Democratic National Committee.

There's no shortage of examples of Russian attempts at interfering in elections, Clapper said, going back to the 1960s, but he told the Australian press what happened in the 2016 election “was unprecedented in its directness and its aggressiveness.”

“I've had a real hard time reconciling the threat the Russians pose to the United States and, by extension, Western democracies in general” with the Trump administration taking an explicitly “solicitous stance … with respect to Russia”.

That, of course, includes “sharing sensitive intelligence with Russia and compromising its source”, while the dismissal of James Comey reflects “complete disregard” for the FBI's independence.

Some of his comments can be heard in the brief video clip below, from Sky News:

Referring to a hot debate in Australia about Chinese influence and political donations, Clapper said such interference is a “potential jeopardy to the very fundamental underpinnings of our political system”. ®

*The dossier in question is that compiled by former MI6 agent Christopher Steele.