When can real-world laws invade augmented reality fantasies? A trial in Milwaukee will decide

Analysis In the blue corner: Candy Lab, a maker of augmented reality games, which doesn't want people banned from playing its distractions in public places.

In the red corner: attorneys representing Milwaukee county, which wants to protect its parks from being trashed by boozy, stampeding gamers.

Candy Lab thinks free speech protections should prevent bylaws from being put in place to block augmented reality games from being used in certain spaces outdoors, such as parks. The Milwaukee lawyers disagree.

Last year, a different game company, Niantic, released Pokémon Go, an augmented reality game that encourages players to hunt for animated creatures that have been placed at real-world locations. Over the summer, the game proved popular enough that at least one military installation, Joint Base Lewis-McChord, warned troops to be careful hunting for Pokémon.

In August, Milwaukee's Lake Park saw swarms of Pokémon Go players, some of whom trampled and trashed the area, making a general nuisance of themselves.

Not everyone behaved badly, as John Dargle, Jr, director of the Milwaukee County Department of Parks, Recreation & Culture, acknowledged in a letter [PDF] at the time. But a subset of thoughtless gamers created enough of a burden that Milwaukee County Supervisor Sheldon Wasserman proposed an ordinance [PDF] to require augmented reality game makers to obtain a permit to use county parks in their apps.

The ordinance was approved and took effect in January. It has become a solution waiting for a problem – according to a spokesperson for Milwaukee County, no game maker has bothered to apply for a permit since then.

The flash mobs arising from Pokémon Go have turned out to be a singular phenomenon. According to a ComScore report, the number of daily average users of Pokémon Go in the US went from 28.5 million in mid-July, 2016 to about 5 million by the end of the year. 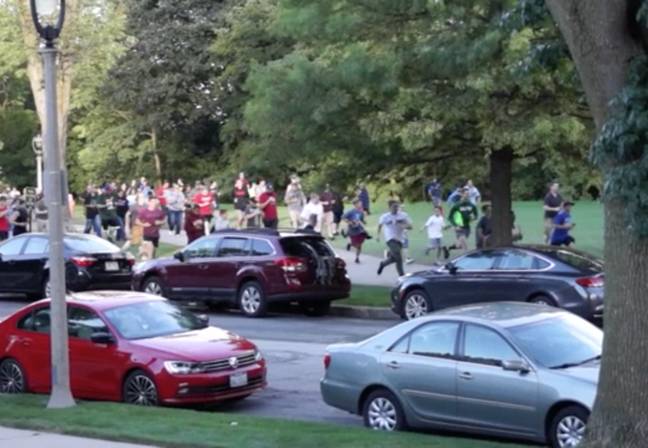 Candy Lab's complaint takes issue with its interpretation of the permitting requirements. These include:

Candy Lab's concern is that rules of this sort, if adopted elsewhere in the US, would bankrupt companies involved in augmented reality games. And legislators have begun paying attention on a national level.

Next page: We're the government and we're here to help
Page: