For a little while earlier this month, astronauts on the International Space Station had a spooky companion: a spy satellite that circled just outside its “danger zone”.

Dutch satellite-watcher Marco Langbroek (whose day job is at Leiden University) analysed the orbit of USA 276, a spy satellite owned by the US National Reconnaissance Office and hoisted aboard the May 1 SpaceX mission.

It's something of a vindication for the (now) amateur astronomer, since in late May he speculated that a close approach was feasible.

Just such a pass came to pass happened on June 3, and after doing the mathematics on the orbit, Langbroek reckons the spy-sat came within 6.4 km of the ISS – with a ±2 km error margin.

(That margin is so large, he explains, because TLE, the two-line element set that describes a satellite's orbit, has a typical 1 km positional accuracy.)

For a few of the approaches Langbroek analysed, the satellite circled the ISS in two plans – both laterally (cross-track) and along-track. 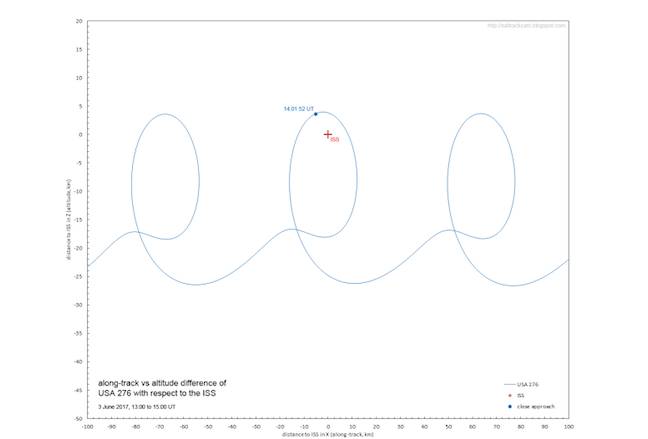 As he explains, the danger zone – the point at which an avoidance manoeuvre is required – is in a box 4 x 4 x 10 km around the space station, and US 276 stayed just outside that box.

While Langbroek refrains from speculating on why the NRO would take the satellite so close to the ISS, it's clear that there was no hope of hiding its position, because of the satellite's brightness. USA 276 is shown in the frame below, captured from a video made by Langbroek. 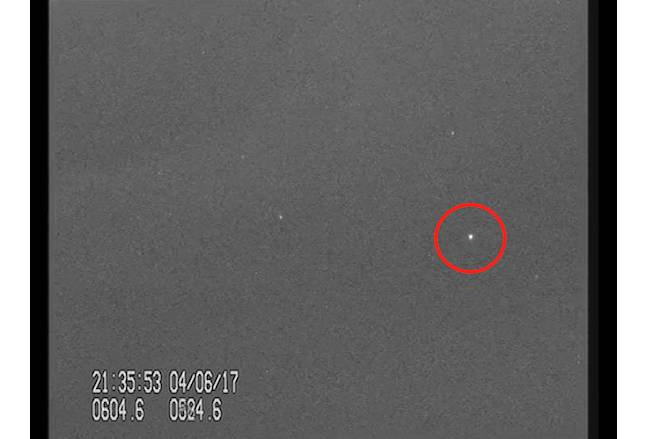 Too bright to hide: USA 276 (circled) recorded from Earth by Langbroek

“While USA 276 remained just outside the safety concern box, it is weird to have your just launched classified payload pass so close (6.4 ± 2 km) to a high profile, crewed object like the ISS”, he writes. ®