...or maybe not. Opinion is divided

Updated The mystery of the "Wow!" signal, a radio burst recorded from outer space in the 1970s, may been solved. Or not. Not everyone is convinced.

The 72-second signal was spotted at 1,420MHz on August 15, 1977 by Astronomer Jerry Ehman at Ohio State University's Big Ear radio telescope. It was so clear that he scribbled Wow! in the margin. It has since been postulated, as recently as last year, that it was a message from an alien species. Now there's another theory.

In a paper [PDF] published this week in the Journal of the Washington Academy of Sciences, researchers at the Center of Planetary Science spent two years investigating the signal, and now believe it comes not from little green men (or the good ship Arbitrary leaving Earth's orbit – as the late Iain M Banks once put in fiction), but from comets.

The team notes that there were two comets in the same area of the sky that the signal emanated from. These comets, P/2008 Y2(Gibbs) and 266/P Christensen, weren't discovered at the time, however they did return to the same sector of space in the period between November 2016 and February 2017. 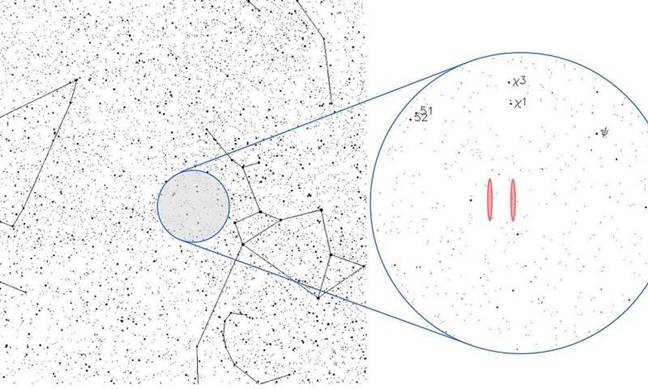 The skies are busier than we thought

The team suggests that the hydrogen clouds around the comets were the source of the signal. They tested and found that the radio signals from 266/P Christensen matched the Wow! signal's 1420MHz frequency, and that other comets also emitted similar emissions.

"We speculate that the strength of the original signal in 1977 would have been accounted for by the size of the Big Ear Radio Telescope (when compared with Site B) and/or the potential loss of mass from comet 266/P Christensen, which would have been considerably larger 40 years ago," the paper reads.

"This investigation, therefore, has concluded that cometary spectra are observable at 1,420MHz and that the 1977 'Wow!' signal was a natural phenomenon from a Solar System body."

While the paper isn't going to convince the die-hard fans of the alien visitation theory, it does claim to offer a replicable and testable hypothesis for the Wow! signal. Astronomers will continue to check the results to see if other comets exhibit the same behavior.

Of course, the theory doesn't rule out the existence of alien civilizations elsewhere, either. As the late Arthur C Clarke put it: "Two possibilities exist: either we are alone in the Universe or we are not. Both are equally terrifying." ®

Astronomers aren't buying it, it seems.

"Remember, the point of a paper in science is that ideally someone should be able to take that paper and recreate what you did. But this would be super hard to do from reading this paper in some key things. For example, the paper says: 'We used a 10-metre radio telescope equipped with a spectrometer and a custom feed horn designed to collect a signal centered at 1420.25 MHz with a total bandwidth of 6.5 MHz.' OK, good, but then there is no mention about where the hell this 10-metre dish came from.

"Was this at a designated astronomical facility? Or some other location? What kind of dish is it – constructed just for this experiment, or astronomy in general, or repurposed from satellite communications?"

Something to think about.