Whatever the problem was, it’s fixed, says airport 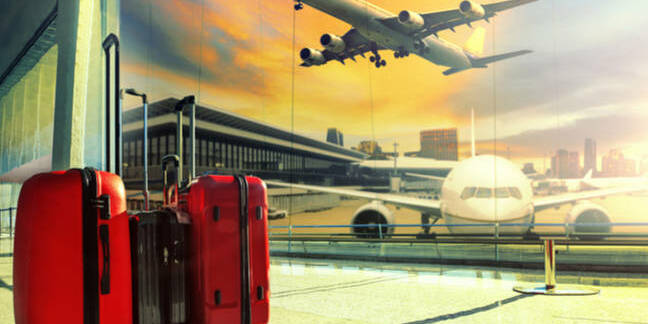 A fault in the baggage systems at Heathrow Terminals 3 and 5 this morning left passengers forced to travel without their belongings.

The error came to light at about 6.45am UK time and passengers were told to pack their essentials in their hand luggage and get on their planes as planned.

At about 9.15am, a spokeswoman for the airport told The Reg that the issues "have been resolved" and check-in desks were back open.

However, she said that the cause of the fault had not yet been established, and couldn't offer any further information on the systems affected.

The glitch once again hits British Airways customers, who last month faced chaos after a power surge at a BA data centre took down the airline's IT systems and stranded thousands.

The airline, along with Iberia, is one of just two carriers that fly from Terminal 5.

An airport spokeswoman emphasised that the fault was with the "airport infrastructure" and not BA.

Meanwhile, BA, which can ill afford further negative publicity after the IT crisis left serious question marks over its contingency planning, made efforts to distance itself from the root of the problem.

In a statement it stressed that the issue was with Heathrow Airport's baggage system, adding that it was "sorry for the delays this has caused" its passengers.

The airport initially dealt with the issue by asking passengers to travel without their bags and pack "essential items" in their hand luggage.

But some passengers pointed out that this was easier said than done, with Twitter user Ceri Lewis uploading a picture of a group of would-be snorkelers camped on the airport floor surrounded by their kit.

In a statement published after the fault had been fixed, Heathrow said that it was continuing to monitor the situation. "We recommend that passengers who have already departed on flights this morning without their baggage contact their airline for further updates. We are sorry to passengers affected by this issue."