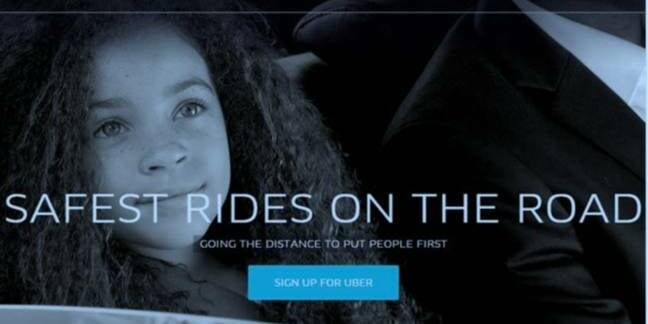 Adding to its litany of disasters, Uber, CEO Travis Kalanick, and former executives Emil Michael and Eric Alexander were sued on Thursday for privacy violations and defamation by the unnamed woman raped in 2014 by an Uber driver in India.

Chiding Uber for a work environment that prioritizes competitiveness over people, perpetuates rape culture, and disregards customer privacy – an environment excoriated in a board-commissioned report – the complaint claims Uber executives duplicitously expressed sympathy for the plaintiff's rape "while privately speculating, as outlandish as it is, that she had colluded with a rival company to harm Uber's business."

It also claims that, in an effort to discredit the woman, Alexander went to Delhi and managed to obtain her private medical records. The complaint [PDF] was filed in a northern California district court today.

The unnamed woman was the plaintiff in a previous lawsuit against Uber in January 2015. That legal challenge focused on the startup's negligence, and did not address allegations that Uber executives obtained her confidential medical records without consent. Uber reportedly settled that earlier lawsuit for an undisclosed sum.

The driver in question, Shiv Kumar Yadav, was found guilty of rape in October 2015, and sentenced to life in prison.

On Tuesday, in conjunction with the release of a summary of the company's internal review, Kalanick said he was stepping aside for an indeterminate amount of time to work on "Travis 2.0."

Douglas H Wigdor, founding partner of Wigdor LLP and Jeanne Christensen, a partner in the law firm, offered a joint statement via email: "It is shocking that Travis Kalanick could publicly say that Uber would do everything to support our client and her family in her recovery, when he and other executives were reviewing illegally obtained medical records and engaging in offensive and spurious conspiracy theories about the brutal rape she so tragically suffered," they said.

"Rape denial is just another form of the toxic gender discrimination that is endemic at Uber and ingrained in its culture. Hopefully this lawsuit, coupled with the changes recommended by the independent counsel, will create real change and reform at Uber and elsewhere."

The complaint notes that the plaintiff, through her attorneys, requested an apology, but has not received one.

Asked to comment, a Uber spokesperson said: "No one should have to go through a horrific experience like this, and we're truly sorry that she's had to relive it over the last few weeks." ®