But will what looks like a mad scramble result in anything?

Atari confirmed on Friday that the reborn biz will indeed produce its own games console, understood to be built out of PC tech.

Earlier this month, a vague video emerged on Youtube showing what looks like the top of an old Atari console complete with wood paneling. That now appears to have been part of the company's ongoing revival, as the biz has said on Twitter that this isn't a hoax – it really is going to do another gaming box.

It’s been a long time coming, and yes it is official, and it is very real. Go to https://t.co/jakv7LwjzL today & sign up to know more #atari pic.twitter.com/lF1Cgzzk1g

It seems extremely unlikely – especially given Atari's much-diminished size (it has around 10 employees) and continued efforts to emerge from bankruptcy – that the outfit will attempt to compete with the likes of Sony's PlayStation or Microsoft's Xbox. That means it is almost certainly working on a retro console that can play original Atari games. You know, the ones that triggered the 1980s video games crash.

This effort goes directly against Atari CEO Fred Chesnais' stated vision for the company when he pulled it out of bankruptcy in 2014, however. Back then, he identified mobile games and online gaming as the key markets for Atari's "brand" and specifically said there would be "no boxes."

But that was before Nintendo launched its NES Classic console in November 2016 and a new generation of gamers (those oblivious to emulators) discovered the joy of the simple, involving gameplay of old classics. Not to mention their much cheaper price. The Classic console originally cost just $60 as opposed to a few hundred dollars for modern consoles. And it comes complete with 30 pre-installed games. Demand is such that it sells for more than $200 online now that its short production run is over.

New life thanks to Villeneuve?

Chesnais' dismissal of consoles was also before the upcoming Blade Runner movie (Blade Runner 2049), due for release in October, which will feature the famous Atari logo as a nod to the original movie. The logo was also prominently featured in the new movie's trailer. Clearly, Chesnais sees an opportunity to capitalize. 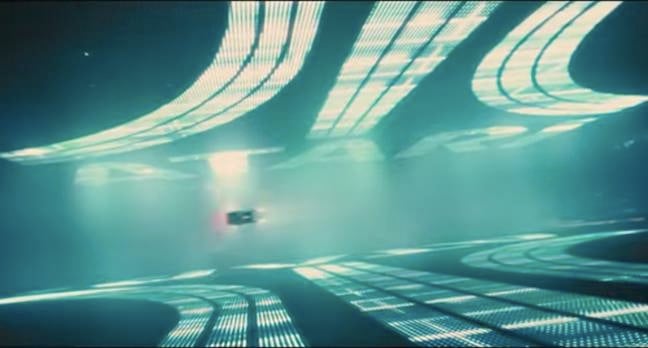 But the window may be small and Atari's resources are limited – and it shows. The Ataribox video is a cut-price Apple-style effort and runs just 21 seconds. It's on its own website, where links to jobs and press are no more than email pop-ups. The proxy domain ownership and lack of connection to Atari led some to believe it was a hoax – why not register the address openly under its own name?

Not only that, but Atari in its current iteration doesn't appear to have any hardware folk on its payroll, despite claiming the box has been "years in the making," and that ensures that any effort to create a console this year will be a mad scramble.

Repeat attempts by The Register to contact Chesnais, his director of marketing Tony Chien, and the company's PR folk were unsuccessful. And Atari's New York office number was not working.

Even so, if the company can somehow turn it around and cash in on Atari nostalgia with a product that works, and let people play old Atari games on it, it could be onto a winner. Time will tell. ®