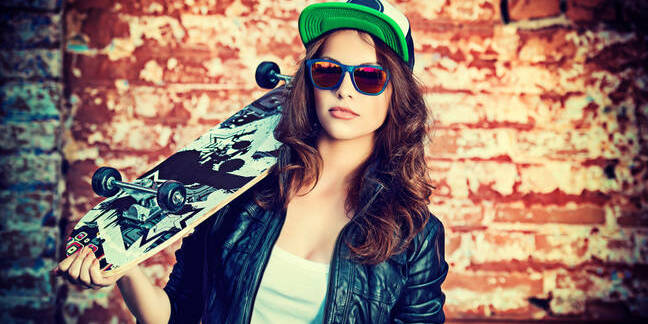 The number of pupils signing up for GCSE computing has plateaued just years after the qualification was introduced, raising concerns that not enough is being done to help teachers with more difficult courses.

According to the latest figures from exam watchdog Ofqual, 67,800 pupils were due to sit the GCSE (General Certificate of Secondary Education) computing exam in England this year, up just 6,500 from the 2016 figure. There were more than 5 million GCSE entries across all subjects.

The small increase – which is in stark contrast with the previous two years' increases, from 15,800 in 2014 and 32,780 in 2015 – suggests that interest in the new course is drying up just when the government needs it to be on the rise.

The computing GCSE was brought in as an improvement to the existing ICT GCSE – and there has been a significant decline in entrants to that qualification over the past three years. The Ofqual data shows that there were 58,600 Year 11 entrants in 2017, a significant drop from the 97,580 figure back in 2015.

BCS, the Chartered Institute for IT, said the "stagnation" in number of applicants to the computing GCSE was "deeply concerning". Bill Mitchell, director of education for the authority, added: "Computer science was only introduced three years ago and is still a new subject for schools.

"The number of students taking GCSE Computer Science should be growing very rapidly as schools improve their offering to students and students realise the relevance of the subject for whatever they might be doing in the future."

Various reports have highlighted the need for better ICT and computing education, with MPs on the science and technology committee estimating that 90 per cent of all jobs will need digital skills in the future.

Meanwhile, the government's recent Digital Strategy warned that the UK will need 1.2 million new technical and digitally skilled workers by 2022.

The idea of introducing the computing GCSE was to eventually replace the ICT course, which has come under fire for failing to keep pace with the development of technology. The new curriculum includes more training in programing and coding.

However, some experts have voiced concerns that the new, more difficult course has put some children off and caused problems for teachers.

"GCSE computing is considered as much harder, which was meant to be a good thing," said analyst Richard Holway from Tech Market View. "But that seems to have put off many students. On top of that there is a shortage of teachers able to teach the subject."

The BCS echoed these concerns, saying that "as many as 70 per cent of secondary school computer science teachers could be lacking a relevant computer science background to teach at GCSE level". Mitchell called for more to be done to ensure teachers "are getting the right professional development".

And the Ofqual figures reveal that the situation isn't any better for AS and A level subjects as the number of entrants to computer-related subjects dropped again this year.

But simply increasing bums on seats in exam halls is not likely to be the whole solution to the UK's digital skills gap, as computer science graduates regularly top the UK Higher Education Statistics Agency's unemployability rankings. ®

Is your kid looking at GCSE in computer science? It's exam-only from 2022 – Ofqual

GCSE computer science should be exam only, says Ofqual

Oh, and some exam boards might need to offer paper-based tests due to schools' crap IT kit

Brit watchdog considers changing how course will be graded

Put down your ironing and get to the keyboard!

That new 'Microsoft GCSE': We reveal what's in it

What the Windows 8 maker wants Brit kids to know

UK exam chiefs: About the compsci coursework you've been working on. It means diddly-squat

But you still have to do it, kids