Is your research hot or not? US boffins create ‘Tinder for preprints’ 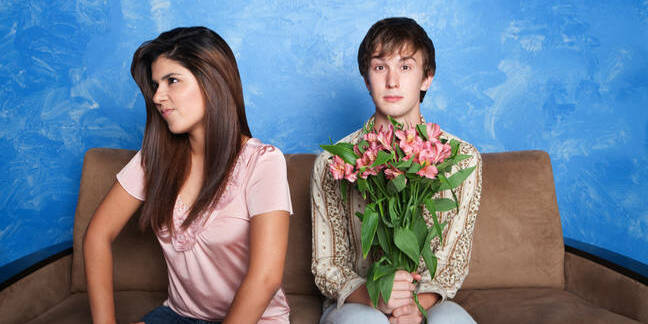 Boffins have created an app that lets users rate academic preprints and find people with similar academic tastes - and hope to use the results to spot trends in academic publishing.

Jeff Leak, associate professor of biostatics at the Johns Hopkins University and a member of the institution’s data science lab, says the app, Papr, is “the Tinder of preprints”.

Papr scrapes preprints - papers that have yet to be published in peer-reviewed journals - from the BioRxiv biology research preprint database and shows them to users, who can then rank them by swiping up, down, left or left.

Users get to make snap judgements on papers in two ways, deeming them "boring" or "exciting", and "probably accurate" or "questionable".

Like dating app Tinder, which asks users to make split-second decisions based on just a person’s appearance, Papr offers users just the title and abstract of the preprint in question, forcing them to record their gut reaction to the work.

The app doesn’t show the authors' names, in a bid to tackle the academic community's conscious and unconscious biases.

Leak told The Reg that he came up with the idea for the app when he was struggling to find new preprint papers he was interested in.

“I’m an avid users of preprint servers, but there’s no recommendation system to find papers on preprint servers that’s automatic,” he said. “I wanted to build something to suggest papers to look at, and capture data on what people find interesting or suspicious.”

His “rough” prototype caught the eye of two students from Vanderbilt University, Lucy D’Agostino McGowan and Nick Strayer, who added in the media-friendly swiping functionality.

They also added a recommendation engine that the team says will learn what papers you like then show you more preprints that suit your tastes.

Another parallel with the online dating world is that Papr gives you the option to link up with other users who have shown similar interests to yours, so you can follow them on Twitter - and possibly meet up in real life.

Leak acknowledges that it’s a mainly a “cool toy” at the moment, but he does have bigger aims for the app, saying that he wants to use the data generated to track the progress of preprints and see how well they match academics' hot takes.

“At the moment it’s more for entertainment and discovery, and less a means to collect a metric to judge researchers or papers by,” he said.

“I’m ultimately interested in looking if there’s any correlations with the journals [the preprints eventually] get published in or whether studies are ever retracted.”

Sounding a note of caution, however, X-ray crystallographer Stephen Curry of Imperial College London, said that although the app was a good idea if it stimulated interest, he would be “nervous about it being used for evaluation”.

On the app itself, Curry noted that there wasn’t an option for someone not to have an opinion on a paper, which might encourage people to assign opinions randomly.

“The app doesn’t mesh with the way that I search for new publications - but maybe I’m just the wrong demographic,” he said.

Look out, kids. Your Tinder account is about to be swamped by old people... probably

Swipe fright: Tinder hackers may know how desperate you really are

Eavesdroppers could be able to peek in on mobile flirts

Because teenagers never hook up, right?

Trove then disappears, as folks point out the privacy problem

Dig yourself out of this one, buddy