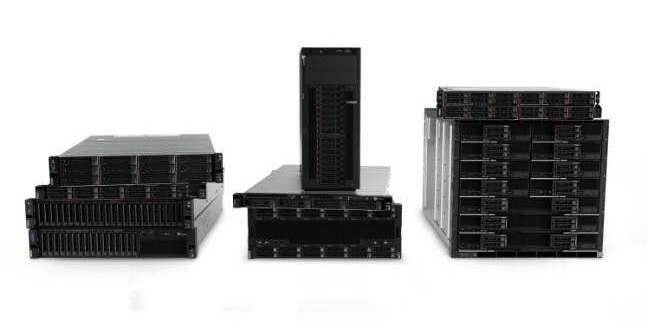 Lenovo reckons its data centre range has never had a refresh quite like it: 25 new products, a couple of new brands and a new CPU to play with as well.

The CPU is Intel's forthcoming Xeon Scalable Family, about which we're all more or less in the dark. So move along, nothing to see here until it debuts in a month or three.

The two new brands are ThinkSystem and ThinkAgile.

The latter is the umbrella under which all of Lenovo's hyperconverged offerings will shelter. The company already has arrangements with Nutanix and DataCore, plus VSAN Ready Nodes for VMware's virtual storage. The company's also announced its Azure Stack play, named the “Lenovo ThinkAgile SX for Microsoft Azure Stack”. Rolls off the tongue, doesn't it? It'll also roll off the production line in three sizes, but with Xeon E5-2600 v4 CPUs rather than the nice new Scalable Family Skylakes coming soon.

ThinkAgile products will all offer cloud-like experiences and pitched at those attempting – apologies for the next phrase – digital transformation. They're also a key element in Lenovo's attempts to turn around its data centre business unit, which in its last earnings announcement was described as in need of a software-defined injection to bring it up to date with rivals.

The new range comprises the ThinkSystem:

Lenovo's also tossed out a new “XClarity Administrator” to manage its conventional and converged servers, offering all the shiny you'd expect from such a tool.

Our first take? ThinkSystem looks like “marketecture” – a pretty brand to group diverse products, and the AzureStack offering looks undifferentiated. Which is kind of the point, so not a worry.

As is the case with Dell's 14th-generation PowerEdge and HPE's 10th-gen ProLiant, it's hard to say exactly what we've got before us until we know more about Skylake Xeons. Lenovo's specs look to add memory and storage capabilities, but there's nothing standing out … yet.

Back to school with El Reg - how about a chunky Lenovo for the student in your life?

Battery-guzzling 4K hardware clad in an alloy battle jacket: Lenovo's 4th-gen ThinkPad Yoga X1 is its most metal yet

High-rez screen or going all day without a charge: Pick one