Here's a storage news item garage sale. Come on in and check out our array of goodies; there's something for everyone.

Files Connect was previously called ExtremeZ-IP. It streamlines the integration of Mac computers into a Windows-based network, and addresses the reliability and performance issues associated with connecting Mac computers to Windows file shares and DFS resources via AFP and SMB protocols.

Acronis says it only takes three clicks to locate and access a file on any number of file shares with Acronis Files Connect, compared to 10 clicks per share with Mac’s Finder application.

Tests showed that it only takes up to three seconds to search 250,000 files on a remote share with Acronis Files Connect, compared to more than 25 minutes when using Finder connected via SMB.

The latest software adds file indexing options on the server side and a lightweight Mac application to provide a single pane of glass into all remote file storage locations.

Acronis reckons its resellers can have a good time with the product, with over 91 per cent of enterprise organisations using Macs.

The Persistent Store function provides better performance on hybrid memory/disk infrastructures. It is a distributed ACID and ANSI-99 SQL-compliant disk store available in Apache Ignite. It transparently integrates with GridGain as an optional disk layer, which may be deployed on spinning disks, solid state drives (SSDs), Flash, 3D XPoint and other storage-class memory technologies.

With Persistent Store enabled, users are no longer required to keep all active data in memory or warm up RAM following a cluster restart to utilize the system's in-memory computing capabilities.

iStorage and the most secure disk drive ever

The claimed most secure disk and solid state drives ever made has been launched by UK-based iStorage in the shape of its diskAshur range, with SSD, PRO, PRO SSD and DT models.

All these diskAshur models react to automated hacking attempts by entering ae deadlock frozen state, which renders all such attacks useless. Without the PIN, there’s no way in.

The drives have these common features:

The drives will work on any device with a USB port. Point your browser at www.istorage-uk.com to find out more.

Both use TLC (3bits/cell) 3D NAND and support NVMe 1.2a. Capacities are;

The form factors are 2.5-inch U.2 and HHHL add-in card. The U.2 interface drives are hot plugable, hot removable and hot swapable.

The 900 series has a dual port U.2 design and signature firmware download, data security and encryption. It also features an enterprise JEDEC load life up to 3 DWPD for 5 years. 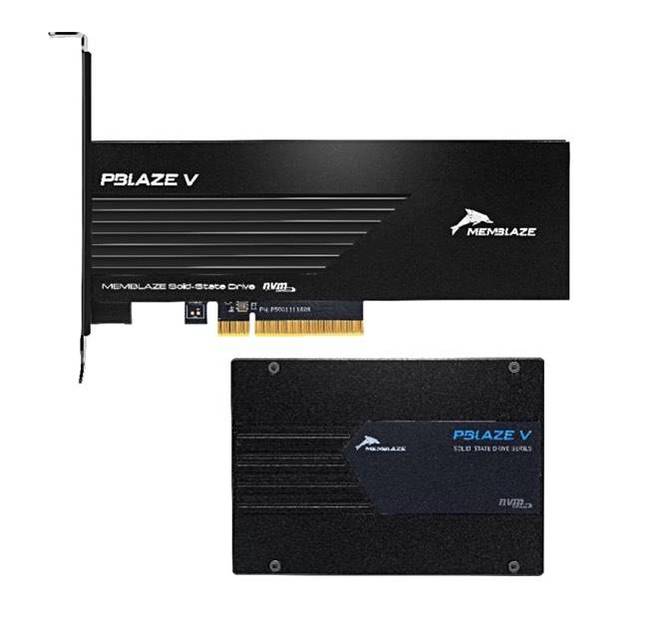 Typical read write latency for both the 700 and 900 series are 90/15μs, and the performance numbers are:

Snowflake Computing and its data sharehouse

Snowflake Computing has announced its newest and "most transformative" move, extending the modern data warehouse to the world’s first data "sharehouse".

What's this about? AWS cloud data warehouser Snowflake has a Data Sharing feature which enables businesses to share their live, ready-to-use structured and semi-structured data, and consume the same types of data from other enterprises.

There’s no additional cost for Snowflake Data Sharing and the business agreements for sharing data are direct between data providers and consumers with no involvement from Snowflake, it says.

An enterprise can share or acquire live and secure read-only access to any part of a data warehouse with and from other enterprises, by using simple commands. No data movement is involved.

Other data sharing methods such as email, FTP, EDI and APIs, which move data, aren't needed. It does sound like a neat idea.

A true business asset ... like an office desk or a stapler? Ha! Got you there.

ArcaStream developed a tailored BlackPearl-based client for its file system, which has now achieved certification with SpectraLogic.

Spectra CTO Matt Starr says: "BlackPearl is now GPFS-enabled, which is a critical requirement for the HPC market. Customers who deploy this joint solution will not need to deploy any other storage tier.”

What the PUC: SK Hynix next to join big boys in 96-layer 3D NAND land

Whether you Periphery Under Cell or Core Over Periphery, it all means smaller chips