Tremble in fear, America, as Daesh-bags scrawl cyber-graffiti on .gov webpages no one visits

Oh no, not Ohio's Dept of Rehabilitation and Corrections 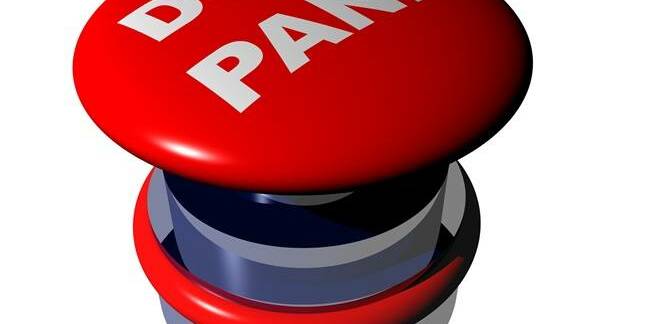 A crew of useful idiots called Team System Dz defaced US government and business websites over the weekend in the name of medieval terror bastards Daesh (aka the Islamic State).

Sites that fell to the gang include .gov webpages in Ohio, such as the pages for governor John Kasich and his wife, and the Ohio Department of Rehabilitation and Corrections, plus the official page for Howard County, Maryland, and various businesses and religious groups.

"You will be held accountable Trump," reads the text on the vandalized pages. "You and all your people for every drop of blood flowing in Muslim countries. I Love Islamic state."

There's no evidence this was anything more than script kiddies playing around doing the online equivalent of graffiti, as is usual given the low level of computer skills the moron terror cheerleaders have displayed. All the sites were back up and running on Monday after IT staff had earned themselves a tasty chunk of overtime.

"I appreciate the patience of the public in the hours after an outside individual gained unauthorized access to the Howard County Government website," said Howard County Executive Allan Kittleman.

"I want to reassure the public that NO DATA or PERSONAL INFORMATION WAS COMPROMISED. This website is on a public network hosted by a third-party contractor and is completely separate from the Howard County Government network."

The pattern of non-hacking of important stuff appears to be the same across the board. However, that didn't stop Josh Mandel, Ohio's treasurer and candidate for the Senate, posting a rather hysterical warning over the defacements.

OH Dept of Corrections website right now, this is what you see. Wake up freedom-loving Americans. Radical Islam infiltrating the heartland. pic.twitter.com/dRll4aNiwQ

No Josh, no infiltration is necessary due to this thing they call "the internet." The "hackers" could be based anywhere in the world and did nothing more than deface websites almost certainly using common flaws and misconfigurations. If this is the best "radical Islam" can do, then there's no need to get your knickers in a twist. ®

Uncle Sam's snoops got sloppy with online chat, it seems