Privacy-focused French browser developer UR* has scored a grant from the European Union it hopes will help turbo charge its nascent technology.

UR, founded two years ago in 2015, plans to use the funds to bring its browser to a larger number of people. The French startup scored the funding by fulfilling two core values of the EU's Horizon 2020 programme: developing new technologies to protect citizens and respecting user privacy.

Horizon 2020, established in 2014, funds innovative small and medium enterprises, helping them to grow and expand internationally.

The EU grant has two phases. The first is a lump sum of €50,000. "This phase is for research and development, which we had already begun before applying," Pierre Kolko, chief product officer at UR told El Reg.

EU officials were told that only one in 12 applicants qualify for initial funding which, even on its own, is a boost for a small European company facing much bigger competitors. Phase two of the grant is the real prize, with up to €2.5m in funding on offer.

"To see that what we have been working on receive a stamp of approval from the EU is, in itself, a huge achievement," Kolko,said. "We are excited for the opportunity that this grant will give us to further protect user privacy."

"This confirms that there is a clear opening in the market for a browser focused on privacy, entirely created and developed in Europe," he added.

"It sounds like they [UR] are selling themselves on the basis of a built-in VPN**, ad blocker, tracker blocker, and forcing use of HTTPS when possible," Cluley told El Reg. "All of this, of course, can be achieved by users running one of the better known browsers simply by adding their preferred extension or third-party service to benefit from additional security and privacy."

"The browser itself uses a tweaked version of the Chromium browsing engine used by many other browsers - so it will benefit from the same compatibility as them... and, of course, could suffer from the same vulnerabilities," he added.

UR's most immediate challenge lies in marketing rather than further developing their technology, according to Cluley. "Their challenge will be in convincing people that they know what they're talking about when it comes to blocking ads, providing a decent VPN service, etc etc, rather than using one of the established and trusted names," he concluded. 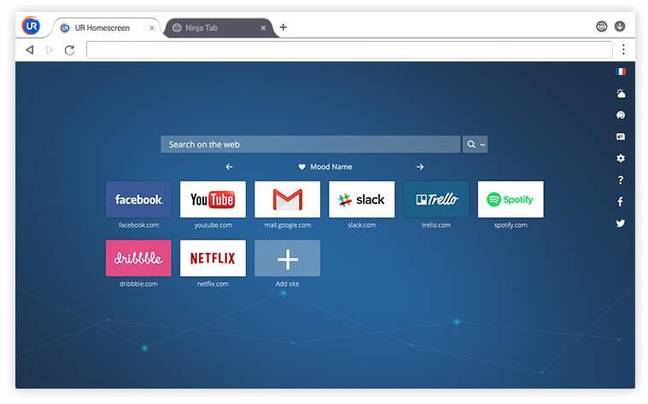 Other privacy-focused browsers have been developed. Kolko cited various features of UR that he argued place it above the competition:

UR released a large update, including a Privacy Suite, earlier this month. This feature simplifies privacy and provides users with three privacy levels that they can easily change and save, depending on the website they are visiting. The browser, designed for speed as well as security, already bundles an ad blocker and a set of privacy tools that block many types of tracking.

Brian Honan, and independent security consultant and founder of Ireland's CSIRT (Computer Security Incident Response Team), was less than blown away with the technology. "There is nothing they describe that can't be achieved using existing browsers with plugins and a good VPN," Honan told El Reg.

Honan also faulted UR for a lack of cookie policy on its website – a legal requirement under EU data protection law. "There is also no statement about how they manage their logs and whether or not they grant law enforcement access to them and under what conditions," he added. ®

* Ur, the city where the tower of Babel was famously supposed to be located and by extension the name used for so-called proto-human "universal" language.

** Update: Ur's developers have contacted us to let us know it removed its built-in VPN a "few months ago" and "[does] not intend on integrating a third-party VPN until we can completely guarantee that its security, or develop our own solution".