Ministry of Fun gets even more fun... 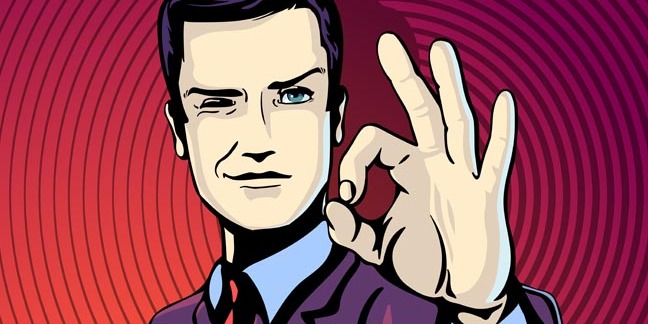 The Ministry of Fun - aka the UK government's Department formerly known as Culture, Media & Sport - has received a "digital" rebrand today, making it DDCMS for short.

As with job titles, The Register has a theory that the more words required to describe what a department does, the less meaningful it actually is.

Contrast, for example, the relative importance of the Home Office's remit with that of the Department for Business, Energy & Industrial Strategy.

It's hard not to compare it with the fictional Department of Social Affairs and Citizenship (DoSAC) in the BBC's comedy The Thick of It. To paraphrase one character: what does DDCMS even mean? It might as well be called the Ministry of Stuff.

Nevertheless, Culture secretary Karen Bradley welcomed the move as a celebration of the department's 25th anniversary this year.

"[It] is fitting now to include Digital in the name. The department has taken on significant new responsibilities in recent years, so that half of its policy and delivery work now covers the digital sectors - telecommunications, data protection, internet safety, cyber skills and parts of media and the creative industries," she said.

However, it remains unclear exactly what the new brief will involve, as DDCMS has alway been responsible for digital connectivity in the form of broadband roll-out. It is also unclear how its remit will differ from that of the Cabinet Office's* new digital minister Caroline Nokes last week.

*It's possible that not all departments may adhere to the word length: importance ratio described above.

2021 looking ever more virtual and distant. Did March feel like a year for you too?