Tibet? Pah! A £20m ride puts the Highlands at your feet

Watching the world from a howling-wind-proof carriage 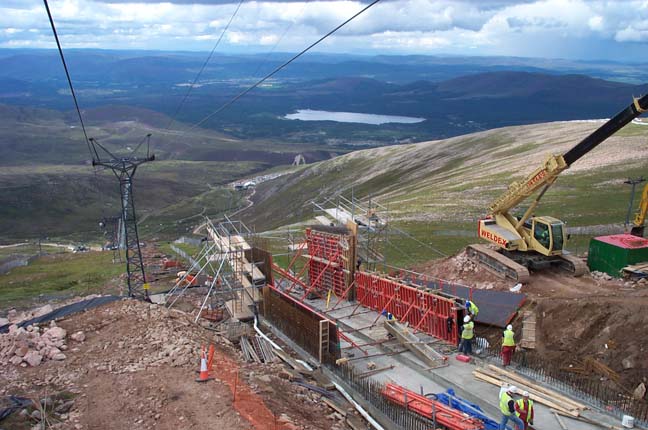 Stones and plants were delicately repositioned during the £20m construction. Photo courtesy of Natural Retreats

To cope with the practical realities of building through such an environment, huge quantities of rock, metal and concrete were hauled up the mountain's access road by truck before being hoisted by a specially built 36.5m (120ft) aerial crane. This crane ran the length of the route and allowed construction supplies to be delivered in a timely, efficient manner without the need for tracked vehicles ploughing up the mountainside for every load.

Each of the stone supports that holds the track aloft are a different height, the tallest being around 3.9m (13ft). Local quarries were unable to supply suitable rock for the supports and a type of granite, as close as possible to the natural stone, was imported from Ireland to meet the needs of the railway.

A pair of 500kW motors (housed in the top station) drive the 15-tonne carriages that are held aloft by 93 support columns. A diesel generator provides back-up in the case of a power failure and the railway can comfortably function on a single motor should one fail.

The track runs for almost a mile and a quarter briefly reaching a gradient of 22° at its steepest. A passing loop in the middle of the route allows the carriages to slip past each other gracefully as they continue on their respective journeys.

Taking all that into account, the railway opened in December 2001 somewhat predictably over budget – finally landing at £20m.

A wonderful view greets visitors to the base station's car park, with Loch Morlich visible again in the distance, while ski runs and lifts, not to mention the funicular tracks, criss-cross the mountainside above you. But it is the great bulk of Cairn Gorm and her 1,244m (4,084ft) summit that ultimately dominates.

Spectacular wooden carvings – the handiwork of a world chainsaw-carving champion – adorn the base station building. Information boards provide an interesting summary of the resort's development over the decades and a large glass screen protects the ticketing lobby from the train platform and the weather beyond.

Once tickets have been purchased, visitors make their way on board. As with many funiculars, the carriages were constructed with a considerable front-to-back angle that allows passengers to sit in relatively level fashion. This angled construction better facilitates the traversal of a steep gradient but necessitates a staggered platform that rises parallel to the carriage itself.

In winter the emphasis is on a speedy trip – the carriages reach 32kmph (20mph) – but at quiet times or in the summer the railway runs on just one motors, halving the speed and allowing passengers extra time to appreciate and absorb the view before them. As you ascend into the alpine environment, the view becomes all the more spectacular while the flora becomes less pronounced. You'll not find bushes or trees here, or any plants of significant size. Heathers and moss dominate but uncommon flowers like mountain avens and very rare species such as Arctic mouse-ear can be found by keen observers.

It's a wild and barren environment that is as punishing for its residents as it is beautiful. The wind can be heard from inside the carriage, but the railway can operate in wind speeds of up to 120.7kmph (75mph) without issue. 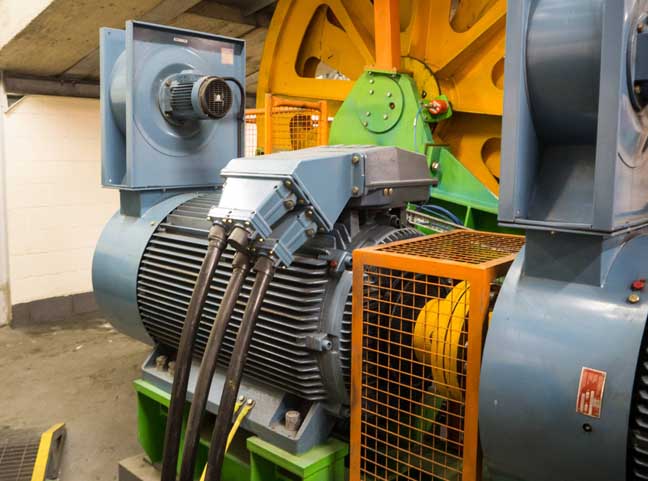 A pair of 500kW motors (housed in the top station) drive the 15-tonne carriages. Photo by David Spooner

Once the snow melts, the fragile ecosystem is at great risk of damage from humans so, as part of the restrictions placed upon the resort after the court hearings, visitors to the top station are not allowed to venture out on to the mountainside unless accompanied by a ranger on a guided walk. You can book tours via the railway's main site. Scotland's access laws do give visitors the legal right to walk up the mountain and explore it on their own accord, however, so those hoping to see the environment up close and personal can give their legs a good stretch if they're feeling fit!

Shortly before arriving at the top station, known as the Ptarmigan, the carriage enters a tunnel. Built to provide protection against the elements, the tunnel brings the carriage to the highest underground railway station in the UK, at 1,097m (3,600ft).

A display hall houses historical objects and archaeological finds alongside some hands-on items for children (both big and small) to interact with, while an informative video plays in the adjacent viewing area.

As well as a large shop, this split-level station features a terrace that affords spectacular views across an enormous swathe of the Northern Highlands complete with a plaque helping visitors identify distant peaks. Exposed at such a high altitude, the viewing terrace gives visitors a brief insight into the climate on the mountain; it's unlikely you'll find the temperature much above freezing even in the summer and the wind has a tendency to be perennial.

While here, I got a tour of the railway's control room. Racks of equipment line one side while a terminal constantly feeds real-time information to the operator from a wealth of sensors distributed across the mountain, carriages and trackside; everything he needs to know to ensure the railway runs smoothly. I was struck by the simplicity of the railway's operation, with it almost feeling as though I was watching a sensor-laden (and rather large) Hornby layout. Of crucial importance from a safety perspective there are three distinct braking mechanisms in place to stop a runaway scenario.

Once I had returned to the base station it was possible to walk to a point just below the passing loop without getting tangled up with skiers. A far cry from the quiet warmth of the funicular's carriages, the hillside walk is nonetheless spectacular and enjoyable. As you make your way up the hill you pass underneath and alongside the railway with the trains scurrying by frequently. Walking outside the track gives you a greater sense of the physical achievement of building the railway on the mountainside in an environment with no easy shortcuts but plenty of challenges.

Seeing the railway operate from the outside is almost as fascinating as being inside but as I made my way up the path I couldn't help but think of the environmental impact of the entire resort. The level of human activity on the mountain is enormous and arguments have been made that such ecosystems should be left entirely alone, but the situation is difficult. 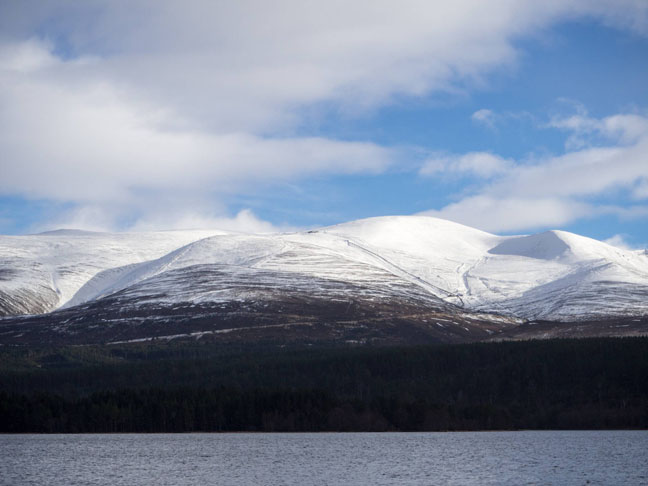 Traversing some of Britain's most extreme terrain and weather. Photo by David Spooner

Damage has certainly been done at Scotland's ski centres in the past and nature's own mechanisms of repair are incredibly slow at these altitudes. The hope at Cairn Gorm is that the access restrictions and monitoring schemes in place will help nurture the recovery process and protect the ecosystem as it rebuilds.

Will it work? Certainly, encouraging unfettered access to the slopes can lead to enormous damage in its own right; the upper reaches of Ben Nevis being a prominent example of an environment that has suffered from countless walkers straying from paths, littering as they go, despite the commendable efforts of the trust that manages to keep it in good order.

It's food for thought as I leave the mountain. That aside, the funicular is an engineering achievement in a splendid and challenging setting that's well worth a visit. ®

Car: A9 to Aviemore, then B970 to Coylumbridge where you leave the main road for Loch Morlich, Caingorm Mountain and railway base station car parking. Public transport: Aviemore is just nine miles from Cairn Gorm and is served by railway, with overnight sleeper from London, CityLink and Stagecoach.

Open daily from 10am to 4pm, last train leaves the top station at 4.30pm – but check times. A range of ticket options available for children and adults starting at £5.35.