While USA is distracted by its President's antics, China is busy breaking another fusion record 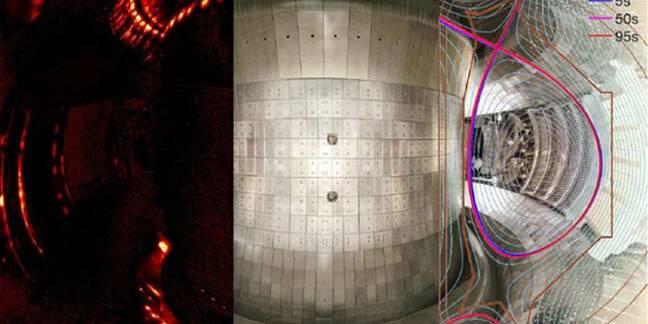 Chinese boffins say they have smashed yet another world fusion record using their EAST contraption – aka the Experimental Advanced Superconducting Tokamak.

"It is a success of joint efforts," chief operator Gong Xianzu said yesterday.

"The EAST team has worked together with their collaborators at home and abroad over the past decade to solve a series of key technical and physical issues closely related to the steady-state operation, and carried out in-depth scientific research on integrated operation scenarios with effective coupling of multi-scale physical processes."

The EAST facility last year managed a sustained plasma burst for over a minute, and now the team has extended that. The eventual goal is to get a 1,000-second plasma reaction, after which the team will switch to new hardware with the intent of moving to a full working fusion reactor.

China has plowed more money than any other nation into fusion energy research, as well as contributing funds and scientific know-how to the much-delayed International Thermonuclear Experimental Reactor project. Germany too has had success, as has MIT's Plasma Science and Fusion Center in the US, although that facility has now shut down for lack of funds.

The goal of all of this effort is sustainable fusion power – a relatively clean source of energy that's theoretically possible but immensely difficult practically. However, if the Chinese can crack it, they'll be in possession of the must-have technology of this century. ®

Department of Energy turns to HPE, AMD to flesh out monster

7,776 cores available for your number-crunching needs