They 'can't make people redundant properly despite having loads of practice' 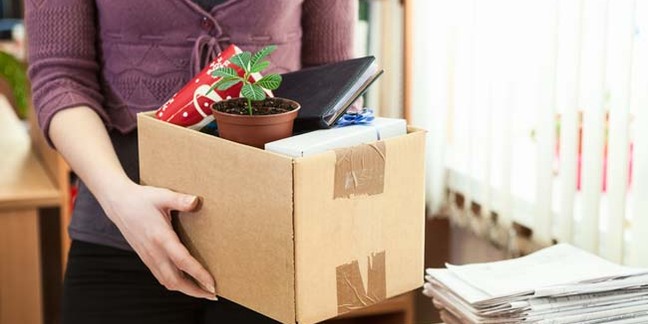 Computer Sciences Corp and HP Enterprise Services were old hands at making redundancies, so you'd expect the newly formed entity DXC Technology would also be well versed. Yet some former staff have been left in employment limbo due to a payroll cock-up.

That prompted one former UK staffer to quip: "CSC/DXC can't make people redundant properly even though they have had loads of practice."

The ex-staffer was made redundant by CSC on March 31, ahead of its merger with HPE Enterprise Service on April 1, and was issued a P45.

However, he said when the next DXC pay date came around, the team based in Prague reopened people's employment to pay their redundancy, invalidating the previous P45.

"I found this out when I phoned HMRC to try and sort out my tax code. The payroll department would only advise that they had issued a P45 and would not issue another one as it was correct."

The staffer received another payment in May, and another smaller payment in June – suggesting he was still their system. "I advised them of this but received no response."

Consequently, the confusion has led to HMRC putting him on an emergency tax code, meaning he is currently £6,000 short. "I know of at least four others who have been affected due to this." Another source confirmed this has been an issue, but was unable to say how widespread it is.

Earlier this year an MP branded the 1,600 CSC layoffs as the "worst excesses of capitalism".

Another pair awaiting trial over slaying of Andrew Finch

Can you download it to me – in an envelope with a stamp?

Something for the Weekend, Sir? Email got easier. Ordinary mail got worse

Exclusive Seeks repayment of all payments under acquisition agreement