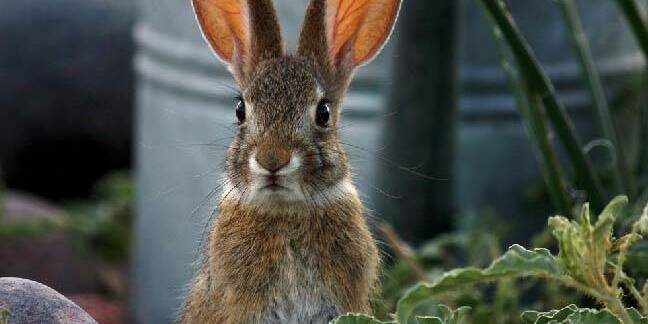 In early lab experiments on rabbits, eyedrops laced with nanoparticles appear to combat bacterial keratitis, a serious infection of the cornea which can, in severe cases, cause blindness.

Researchers hope that these nanoparticles could someday offer a non-toxic alternative to antibiotics, which have the undesirable side effect of creating resistant bacteria.

A common treatment option is steroids, but they can cause scarring. Boffins have found that some nanomaterials, such as copper oxide and silicon, appear to damage bacterial cells. Lately, some groups have realised that carbon quantum dots – really tiny semiconductors –seem to offer similar benefits with low toxicity, the ability to disperse in water easily, and a relatively simple fabrication process.

"We think it should be safe," Han-Jia Lin, a biochemist at National Taiwan Ocean University in Keelung, told The Register. He and his team had previously studied quantum dots for wound healing in rats.

In the new study, Lin and his team created carbon quantum dots approximately six nanometers in diameter by heating spermidine at around 200oC for about three hours and placing the resultant dots in liquid. The ratio was about 0.4 per cent quantum dot to liquid.

The team infected rabbits with bacterial keratitis. Some received 4 per cent SMX antibiotics, some the quantum-filled eye drops, and others no treatment for control. The researchers found that the quantum dot eyedrop solution showed therapeutic effects right away, even after the first day. The dots were small enough to sneak into the cornea and destroy the bacterial cells.

This had something to do with the quantum dots' compatibility with the cells as well as how they destabilised the cell membranes. The researchers don't know exactly why they work.

By two weeks, the rabbits' eyes were mostly better – the quantum dot eyedrop worked about as well as antibiotics. Lin says the treated rabbits showed no side effects from treatment.

A paper describing the research appeared this week in ACS Nano.

It's a "conceptually and technically quite elegant study with remarkable results" but "still with a couple of open questions and obvious risks before this could lead to any product that could help patients," Claus-Michael Lehr, a nanomedicine researcher at Saarland University in Saarbrücken, Germany, told The Reg.

First, he said the reasons why the nanomedicine has such strong bactericidal effects is "not easily explained". Second, the effect of opening tight junction tissue barriers (a potential risk in itself) needs to be shown to be reversible. Third, what chemical products are formed by the quantum dots – are they toxic or carcinogenic?

Finally, he said it was wasn't clear how quantum dots that penetrate tissue would behave in the long term. "These structures are probably not biodegradable," he said, "and if they were, what metabolites are being formed?"

Lin says the next steps are to test the long-term effects of the quantum dots, but the team is trying to be careful in their research to try to limit how they accumulate in bodies. Here, for example, they tested them on the eye.

Because the carbon quantum dots work on such a sensitive part of the body such as the eye without apparently harming cells, "This has potential," Lin said. ®

Well, it is very small and hard to see

MIT, Analog get into some RISC-y business

Boffins manage to keep graphene qubits 'quantum coherent' for all of 55... nanoseconds

Doesn't sound very long, but it could have big implications for quantum computing

Nanotechnology may be over-hyped