All to do with lowering latency, not Brexit. Got that? 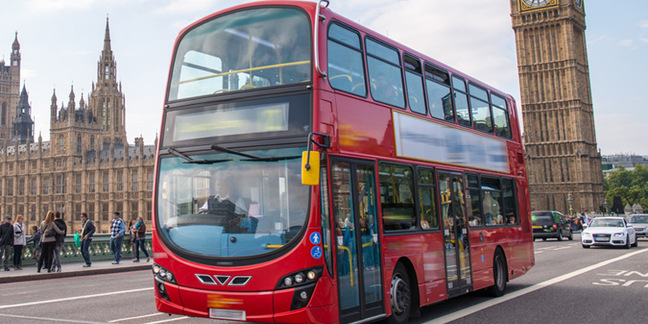 Google today cut the ribbon on a bunch of cloud services for UK customers that will be served up by racks rented from a data centre provider in Blighty's capital.

This is the ad giant’s second bit barn in Europe, albeit on a leased basis, adding to the existing facility in Belgium. Future openings are planned for Germany, the Netherlands and Finland, Google said.

According to the California goliath, the new "region" will offer its cloud customers in Britain and Western Europe between a 40 to 82 per cent lower roundtrip latency compared to using the existing site in mainland Europe (this equates to a few milliseconds difference, if you are curious).

A company mouthpiece said there are now new "select locations" for "customers with local providers”, but declined to provide technical details or any other specifics, as it typical in these situations.

Google’s London region is split into “three zones” from which each will provide compute, big data, storage and networking.

“The London region puts the control over how to deploy resources directly in the hands of Google Cloud Compute (GCP) customers - giving them choice in same GCP services on where to run hitter applications and store their data,” the blog post stated.

Customers can also choose to run applications and store data in a specific region (i.e - London), distribute apps and storage across two or more cloud regions, or globally across the entire worldwide network.

Several sources told us a big factor in the move for Google was being able to offer customers assurances over data sovereignty when Brexit finally happens, though the marketing pixies at Google denied this.

The spokesman said the decision to open the "region" wasn't caused by Brits voting to leave the EU in June 2016 because it "had been taken well before the Brexit vote".

Google reiterated however that it will support General Data Protection Regulations when it replaces the EU Data Protection Directive when it comes into force in May next year.

The public cloud market is dominated by AWS and Microsoft, with Google trailing in third place. ®