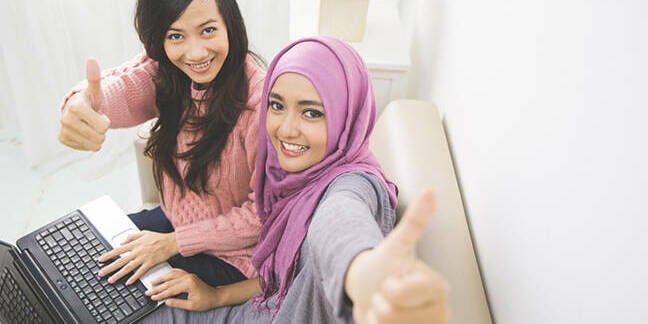 An Airbnb host who cancelled a guest's booking at the last minute because she was Asian has been fined $5,000 and told to attend a course on Asian American studies.

Tami Barker owns a mountain cabin in Big Bear, California, northeast of Los Angeles, and it was booked by law clerk Dyne Suh for a skiing weekend back in February.

Despite being in frequent contact with Barker in the lead-up to the booking, and driving through a snowstorm to reach the cabin, Barker cancelled the booking at the very last minute.

"I wouldn't rent it to u if u were the last person on earth," she texted when Suh and her friends were mere minutes away. "One word says it all. Asian."

Suh was understandably upset. When she then told Barker she would complain to Airbnb about her racist response, Barker replied: "It's why we have Trump," adding: "I will not allow this country to be told what to do by foreigners." Suh is a US citizen and has lived in the United States for more than 20 years.

Unfortunately for Barker, however, Airbnb had agreed just months earlier to allow the California Department of Fair Employment and Housing (DFEH) to dig into frequent complaints of racial discrimination through its service – something that had even sparked the hashtag #AirbnbWhileBlack. Airbnb had previously insisted it was not subject to local laws, as it was only a platform and wasn't renting out rooms itself.

Since she was offering public accommodation, Barker's racist behavior broke discrimination laws. And so, on top of being banned for life from the Airbnb platform, the DFEH also fined her $5,000 for her behavior.

Even more unfortunately for Barker, as Suh and her stranded friends were on the road trying to figure out what to do, they ran into another group – one of whom was a local news reporter. He recorded an interview with her on his phone explaining what had happened, cut and edited it with Barker's racist responses, and posted it to YouTube, setting off a storm of online and offline commentary.

In addition to the fine, Barker has agreed to personally apologize to Suh, participate in a community education panel, volunteer with a civil rights organization and report rental data to DFEH for four years. But the real kicker was that Barker is being required to take a college-level course in Asian American studies.

DFEH's chief counsel, Jon Ichinaga, made it plain that while racism may be endemic in many parts of the US, in California it is against the law.

"There is a monetary cost to discriminating in California," he said in a statement [PDF].

A $4,000 minimum penalty for discrimination in places of public accommodation, which the Department will seek in all appropriate cases.

The DFEH director, Kevin Kish, was a little kinder on Barker, highlighting her "willingness to embrace corrective measures that are forward-looking and restorative."

Either way, the case is an ideal opportunity for the authorities to flag that people may want to reconsider making money from renting out their rooms or properties if they are racist. ®

OK, your boss allegedly called you a lazy n*****, promoted the person you trained ahead of you and paid you less, but you can't PROVE it's racism, Facebook says

IT titans hit by class-action sueballs, dragged toward court

Uh-oh! Microsoft has another chatbot – but racism is a no-go for Zo

Don't worry, there won't be any more Hitler outages this time, we're told

Child abuse banned, but being plain ol' offensive is all right