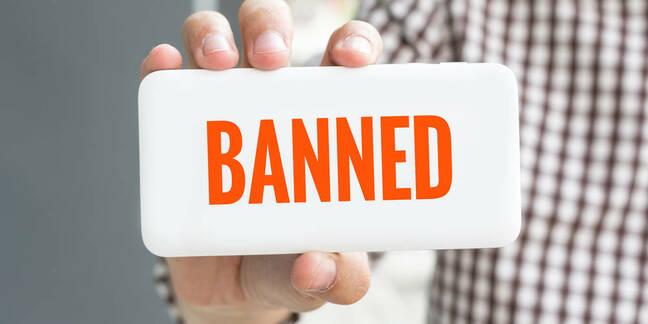 The Apache Foundation has declared that none of its new software projects can include Facebook's booby-trapped BSD-licensed code.

The foundation's legal affairs director, Chris Mattmann, said over the weekend that libraries, frameworks and tools covered by Facebook's open-source-ish BSD-plus-Patents license should not be absorbed into any new projects.

"No new project, sub-project or codebase, which has not used Facebook BSD+Patents licensed jars (or similar), are allowed to use them," Mattmann wrote. "In other words, if you haven't been using them, you aren't allowed to start. It is Cat‑X."

The Cat‑X or "Category X" classification means a library is not allowed to be included with any Apache product.

Additionally, he said, any existing projects that rely on the BSD+Patents licensed libraries will have until August 31 to get rid of Facebook's code and find a suitable replacement that has been approved by the foundation.

This will no doubt be unwelcome news for programmers working with both Apache projects and Facebook open-source libraries, who will now have to find other source to work with. In particular, the move will come as bad news for Apache developers who want to use the popular React.js library, which Facebook maintains under its special license. React has arisen as a popular developer tool for building interfaces with JavaScript. Facebook released the library as open source in 2013.

Facebook has insisted that the license was not written to stop any software from competing with its own, and that the terms do not apply to patent infringement suits "unless your patent counterclaim is related to Facebook's software licensed under the Facebook BSD+Patents license."

It's worth noting that the GNU GPL in its various forms are also on Apache's Cat-X list. ®