Unclear if code was first mistaken for avant garde instrumental 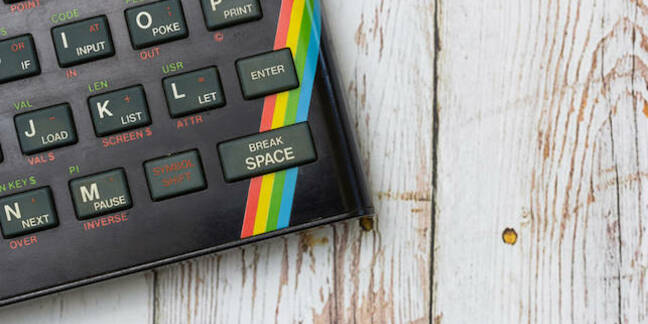 Rock deities Radiohead have snuck a program for the Sinclair ZX Spectrum into a re-release of their seminal 1997 album “OK Computer”.

Dubbed “OKNOTOK”, the re-release can be had as £100/US$130/€120 boxed edition that includes three vinyl records, books galore and “a C90 cassette mix tape compiled by us, taken from OK COMPUTER session archives and demo tapes.”

The Spectrum app resides – natch – on the C90 cassette, as that medium was the dominant way of storing Speccy programs and data. Accounts of the cassette's track list suggest it opens with a track named “Zx sprectrum symphony” but that the application is listed as “Ok Computer Program” and is the last track on side B.

Buyers quickly identified the track as sounding just like a Spectrum program's distinctive series of beeps and clicks. Before long clever folk had ripped the audio and fed it to Spectrum Emulators, producing the results below.

Radiohead are far from the first band to pull off this trick: The Stranglers added a game called “Aural Quest” to their 1984 Album Aural Sculpture. Buzzcock-turned-Homosapien Pete Shelley's second album XL1 included a program that displayed its lyrics on-screen in synch with the music (With limited success, if your correspondent's 35-year-old recollections are accurate).

Those efforts appeared at a time the Spectrum was prevalent and popular. Radiohead's release has proven an education to many, but no surprise to fans who know well that track five on OK Computer, “Let Down”, featured sounds produced using a Spectrum. Radiohead guitarist/keyboardist Jonny Greenwood made those sounds as he is known to have learned to program the machine. ®