The All Grown-up Android gets sent back to school

So Remix OS won’t be “eating the world” after all. Parent company Jide, founded by ex-Googlers, is repositioning itself as an enterprise vendor, and says its Android-for-PCs (which also runs on cheap ARM hardware) will no longer be sold to consumers any more.

Jide is also scuppering its hardware fleet. Kickstarter investors will get a refund, the company promised.

But faced with a squeeze between low cost Chromebooks on one front, Apple’s newly “professionalised” iPad on the another, and the prospect of Google incorporating Dex or Continuum-like versatility into the base Android OS on a third, the job of making RemixOS the standard was always going to be a difficult one, even with the backing of Foxconn.

RemixOS set out to upgrade Android to a desktop productivity class OS, usable with a keyboard and a mouse. It ran on both ARM and x86, and the company invested in Chih-Wei Huang’s Android on x86 Project. Jide worked on adding features such as multiwindow support and power management.

The logic was quite persuasive, and it remains so: Android already has a huge and impressive app catalogue, and its “fat binaries” already run on both ARM and ancient x86 hardware. For the “next billion” users, their phone or low cost tablet could do everything a cumbersome and more expensive PC could do.

“The Chromebook model does not work well in the consumer segment,” Jide’s Jason Zheng told me last year.

Here’s how it looked and worked on an old Thinkpad. 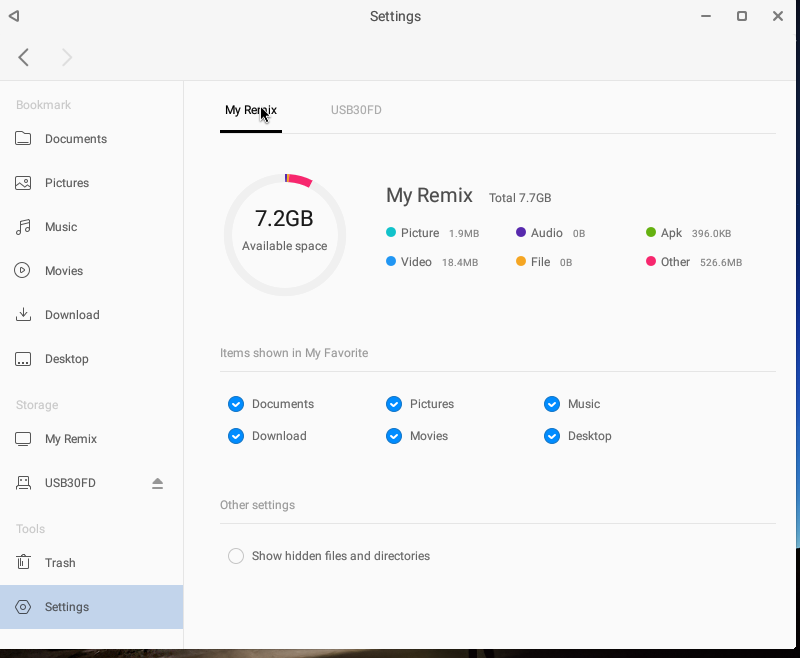 As proof of concept, Jide developed a Remix tablet and Remix Mini PC. When we last reported on progress, it demonstrated a phone firmware with multiwindowing support, Remix Singularity.

“It’s a natural upgrade for the emerging market,” founder David Ko explained. “Those next billion will be moving from a cheap Android phone to an Android tablet/desktop. It’s still Android."

Despite its limited functionality, the Chromebook is going gangbusters, taking over 50 per cent of the US education market. The next battles in the never-ending war for what we used to call “the Desktop” will come when Google announces multi-window support for Android, and on the issue of Android on ChromeOS. That risks yet another fight with the competition authorities and Chrome OS is doing very well without an Android runtime as it is. ®