NASA whistles up electron noise from the Van Allen belt

Sure, Goddard boffins could just analyse the signals, but why not listen to them too?

NASA Goddard says the waves shape the near-Earth space environment and also characterise different types of plasma, making them worthy of our curiosity.

So why publish recordings of them? Because it's cool, of course. 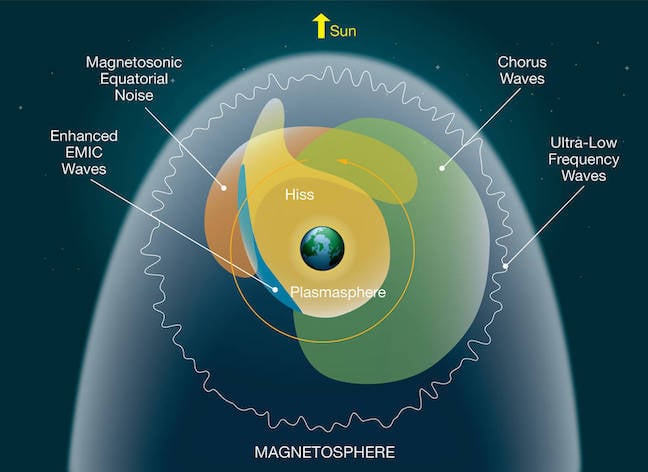 Further out, “chorus waves” chirp. Goddard explains they are “created when electrons are pushed towards the night side of Earth — which in some cases, may be caused by magnetic reconnection, a dynamic explosion of tangled magnetic field lines on the dark side of Earth.

“When these low energy electrons hit the plasma, they interact with particles in the plasma, imparting their energy and creating a unique rising tone”.

The also-complex whistler waves are sure to land in the Foley kit-bags of sci-fi sound effects people for years.

The recordings were captured by the EMFISIS (Electric and Magnetic Field Instrument Suite and Integrated Science) instrument aboard NASA’s Van Allen Probes as it passed around Earth. ®