I want to break free! Kubernetes has a life beyond containers

Imagine a world without high-performance servers 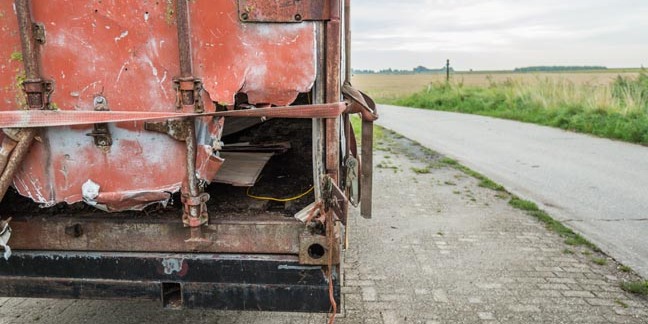 But although this is how it's commonly regarded, Kubernetes has a much richer part to play, one that can offer companies so much more. According to Sebastien Goasguen, director of cloud technologies at Bitnami and author of the Kubernetes Cookbook, it's a mistake to think of Kubernetes as software to manage containers. "Extending Kubernetes has always been the aim: it should be seen as a platform you can build on," he says.

"There's a clear mechanism to develop the API within Kubernetes," Goasguen continues, pointing out there's a need to identify what is the core API first. From there, there's a process of extension. "By using third-party resources, you can extend Kubernetes and build your own API. For example, if you can use Kubernetes to manage a database, you can define that database as an object; the API gets extended and recognises the database."

That makes for a powerful and flexible tool, and it offers enterprises another way of working. It's hardly surprising then to see the way that British supermarket Ocado has turned to Kubernetes to make its customers' shopping experience more efficient. There's lot of competition in the online retailing market and any time saved loading the shopping cart, processing payment and organising delivery is going to be beneficial to retailers.

Ocado is looking to build larger, state-of-the-art warehouses using technology that would offer a faster, more fault-tolerant environment. The idea of using Kubernetes as the base for such technology emerged from, of all things, a video game – never let it be said that gamesters contribute nothing to the commercial environment.

Kubernetes was being deployed for the Code for Life project, a multiplayer gaming initiative run for the benefit of school kids. Ocado was already using Google products – it's a heavy user of Google's Cloud Platform. Within Code for Life, Kubernetes was used to manage large datasets running continuously but Mike Bryant, Ocado's network systems team leader, thought that the system could be deployed to streamline the company's warehouses.

The result of this process was Kubermesh, an enhanced version of Kubernetes sitting underneath the server platform. "It provides a mesh network for our warehouses," said Bryant. "It's more focused on the underlying infrastructure.

"Kubermesh emerged as an idea from our 10X initiative – where we look at ways to improve things 10 times. What we saw in Kubernetes was a way in which we could orchestrate different components to build a resilient, fault-tolerant infrastructure."

It's the perfect example of the type of thing that Goasguen was talking about: Kubernetes has been adapted to remove the need for data centres to run the warehouses. Although the system hasn't obviated the need for servers, what it has done is offer the potential to considerably cut costs.

"Most people run Kubernetes on high-performance servers, we run it on PCs – it's a very dramatic cost saving," said Bryant. "And it's not just the servers, we don't need enterprise network cabling, we don't need high-end networking kit, we save on cooling – we're really cutting costs."

And the economics makes sense. "In our newest warehouses, we're looking to save a £1m per deployment. It's a saving that will stack up given the number of Ocado warehouses that the company has to administer," Bryant told The Reg.

But the Kubermesh system isn't just about saving money; it's about providing resilience in an industry where speed of delivery is essential. What Kubermesh does provide is a distributed mesh network that ensures continuous service.

The underlying IPv6 network uses OSPF3 for streamlining configuration to negate having to configure point-to-point connections. The mesh network means that servers can be randomly dotted around the warehouse, and it's so designed that all the components work individually. This means that if a server is taken offline, the whole system will still work. It's not just one server either: the Ocado set-up has been designed to keep on running if as much as a third of the servers were cut off.

At the moment, the Kubermesh project is still at pilot stage. Ocado Technology has run proof-of-concept trials to show that the system works but is not planning to rip out existing infrastructure in order to implement the new technology. "There's no financial advantage in replacing existing systems, but when we next build a new warehouse, we will be rolling out Kubermesh," said Bryant. "However, there’s no timescale when this will be."

Ocado is striking out on its own with this virtual data centre for the warehouse. "We're not aware of any other competitor that has done anything like this," said Bryant. The company, however, has put the code for Kubermesh on Github, so there is the possibility that it could be deployed elsewhere.

It's going to change, however. Goasguen points out that Kubernetes will offer an extremely powerful mechanism to companies who don't want to spend their time writing their own API server.

It's an interesting possible future for a technology that made its debut on containers and has become synonymous with clouds and super-server-side computing. ®