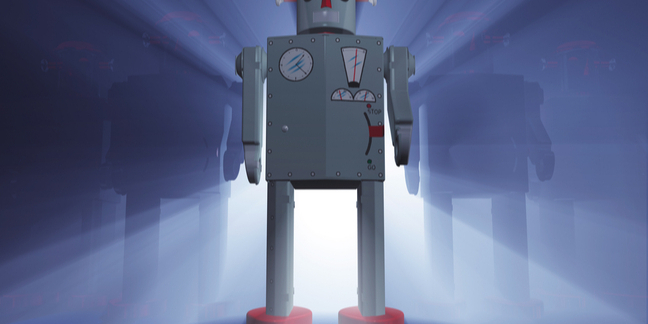 Facebook founder Mark Zuckerberg has told Elon Musk off for scaring people about “AI”. Musk has responded by saying Zuckerberg's understanding is "limited".

“I think people who are naysayers and try to drum up these doomsday scenarios — I just, I don't understand it. It's really negative and in some ways I actually think it is pretty irresponsible," said Zuckerberg, on a Facebook Live broadcast.

Musk replied via Twitter that Zuckerberg didn’t know what he was talking about. So there.

Three years ago Musk warned that “with artificial intelligence we are summoning the demon” and he’s been using the language of a fire-and-brimstone preacher ever since.

It was the specific fear, promoted by authors Erik Brynjolfsson and Andrew McAfee, in books such as Race Against The Machine, which was successfully repackaged as the bestseller The Second Machine Age, that automation was finally capable of displacing large numbers of middle class and professional jobs. Doom sells, and a mini-industry of apocalypse-addled preachers have joined in.

So too has noted computer scientist Richard Branson.

With recent graduates who can claim some familiarity with machine learning being hired for six figure salaries, there seems little reason for a techie to argue against it. But that’s what Zuckerberg seems to be worried about: over-exaggerated doomsday predictions may create a slowdown in investment.

The Facebook CEO, who spent a year pointlessly “automating” his home with home grown AI software he called Jarvis, was worried about “people who are arguing for slowing down the process of building AI.

The problem here is, as Ian Bogost explained in an Atlantic essay earlier this year, the term “AI” has become meaningless. What Bogost calls “AI deflation” is linguistic carelessness: almost any software is now called “AI”.

The word ‘algorithm’ has become a cultural fetish, the secular, technical equivalent of invoking God. To use the term indiscriminately exalts ordinary — and flawed — software services as false idols. AI is no different. As the bot author Allison Parrish puts it, ‘whenever someone says “AI” what they're really talking about is ‘a computer program someone wrote.’

Zuckerberg’s “diagnosing sick people” may or may not involve a learning or optimizing algorithm. It might be some other form of statistical pattern matching (Bayes). Or simply a better instrument. Machine learning appears to have been of little use to robotics research, and vice versa.

As the ex-Google machine learning expert Andrew Ng has sensibly pointed out, fearing a rise of killer robots is like worrying about overpopulation on Mars. You have to get there first.

And with Zuck’s bots being overhauled, security robots drowning in shallow pools, and drones being shot down with toilet roll, the AI apocalypse seems some way off yet. It might actually be getting further away. ®

In June 2016 Zuckerberg directly denied that he was a lizard in human form.