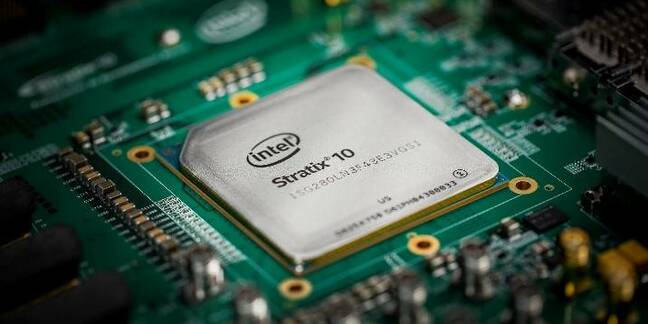 Fast NVMe over Fabric access to flash arrays needs direct access to the target drives, bypassing the X86 array controller, for the lowest latency. FPGAs are being developed to do this.

Startup Attala Systems is working in this area, and says it has a new vision for reinventing private and public cloud infrastructure.

It has developed a single FPGA which interfaces between two 40Gbps Ethernet links and M.2 or U.2 format flash drives. This FPGA functions as an NVMe target and obviates the need for any X86 motherboard in the target device, so lowering the cost. An Altera FPGA is being used, we understand – Altera being an Intel-owned FPGA manufacturer.

It is a programmable platform and can implement the functions in Intel’s ISA-L (Intelligent Storage Acceleration Library) library, which include RAID and erasure coding, CRC data integrity, cryptographic hashing, compression/decompression and encryption. Check out ISA-L here (PDF).

We understand Attala competes with CNEX Labs and Kazaan Network but reckons it has a better implementation; it claims it has the lowest cost, highest performing and lowest consistent latency system.

Attala systems will be revealing its new products at the Flash Memory Summit in Santa Clara, August 8 to 10 at Booth 848. ®