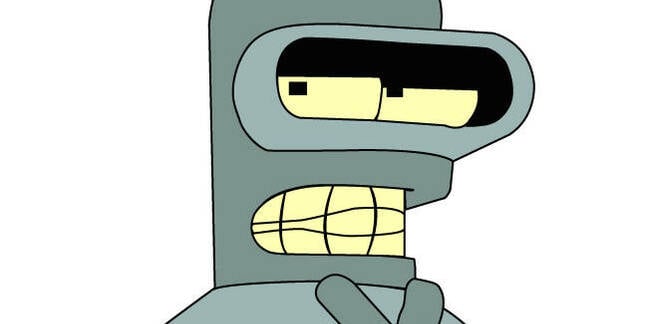 Internet ballot-stuffing has existed for as long as Rickrolling, if not longer, but it used to be a serious endeavour requiring a certain level of commitment, however misguided.

Yesterday a Reddit community sprung up dedicated to the proposition that it's worth the trouble to use bots to skew a Radio Times poll. Yes, the TV listings mag beloved of aunties across this United Kingdom, and specifically, its website, radiotimes.com, where the poll was run.

The poll, managed by PollDaddy, saw James O'Brien of talk radio station LBC pitted against Brady Haran of the podcast Hello Internet in the final two of the radio and podcast award.

The netizens appeared to want O'Brien, who had been shortlisted in the poll, which closed at 2200 BST last night, to lose and Haran, whose Hello Internet listeners are known as "Tims", to win.

Judging by the chat on the thread, PollDaddy's developers valiantly deployed bans on IP addresses that voted too often as well as slinging out CAPTCHAs to those voters it was not sure about. We've asked PollDaddy for comment.

Later yesterday the batch-voting bots for Windows and JavaScript were supplanted in complexity by a Linux app that relies on Tor for anonymity. In theory the latter script, put together by one of the unusually motivated Reddit denizens, ought to have defeated CAPTCHAs, although there was no great confidence on this point. Another character put together a web-based client that'll run on anything, including mobile phones.

O'Brien had already been labelled the loser in the run-off in his Wikipedia entry by Tuesday afternoon, hours before the poll closed.

Why this particular bunch of Redditors are tackling the poll is a doctrine of faith, not really explained, and frankly, who cares? It's not as if Star Trek versus Star Wars is under discussion. The group organising the ballot stuffing don't even have a problem with O'Brien, it seems.

We've asked PollDaddy and LBC for comment and will update if we hear from them. Radio Times declined to comment. ®

So much for Beto O'Rourke's cow-related capers

We were OK to contact all those people, says Brexiteer biz – but it deleted all evidence to prove it

Brexit 'Tiny fraction of the overall count' however

Analysis Names removed, but 'no fraud'

Regulator coughs to cock-up, spills the details to El Reg