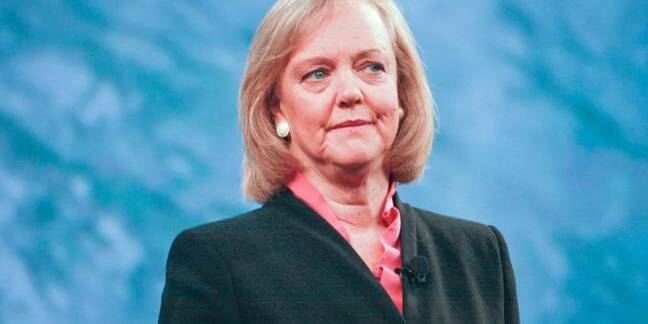 Meg Whitman has cut her last ties with HP Inc by stepping down as chairwoman of the company's board of directors.

Whitman, who will still be the CEO of the split-off Hewlett Packard Enterprise, said that effective immediately she would be leaving her role and handing control of the board over to Chip Bergh.

"HP has now been a standalone company for almost two years and I'm proud to have helped get the company off to a great start," Whitman said in a statement.

"The HP board is among the most diverse in our industry, and the company has established a proven track record of successfully delivering on its commitments. I'm very confident in Dion's continued vision and leadership as well as Chip's ability to help guide the organization."

Now that the breakup is complete and the two HPs are running independently, there are a number of strategic reasons for Whitman not to be on HP Inc's board – most notably the possibility that HP Inc would want to work with HPE's direct competitors, and vice versa. A transition away from the old company would make perfect sense for both Whitman and HP Inc.

There are also the rumored implications of the move.

In recent days, reports surfaced that Whitman was being considered for the CEO role at Uber. Cutting ties with HP Inc could be the first step in transitioning away from her old job and toward a new future as the well-compensated grown-up in the room at the San Francisco dial-a-ride frat house. ®