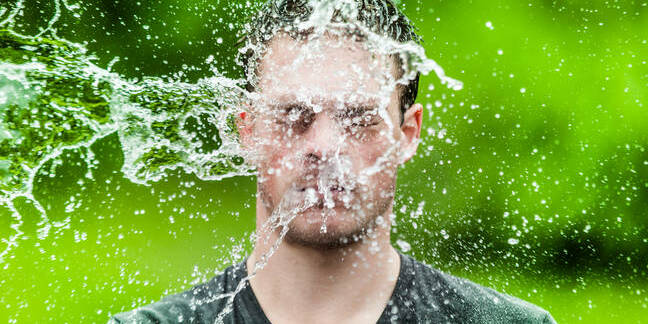 Analysis Anyone asking why there hasn't been a major new technology company to rival the likes of Facebook for a decade should take a good look at... Facebook.

It's a reasonable question. If you exclude Uber as a technology company – it's really a casual labour arbitrage play that just happens to involve cars, other people's cars – then what are you left with? Slack? Snap? Now you're joking.

Facebook is one half of the online advertising duopoly that scoops up almost all new internet ad spending. It reported its earnings yesterday, booking $9.3bn revenue in the quarter.

It employs barely a third of the staff of Audi, and a fifth of the staff of SAP. So that $9.3bn in revenue earned a $3.9bn profit. Supermarkets and ISPs are envious of such a return for so little investment (remember that, like Uber, other people do all the work).

The growth has been astronomical, thanks to mobile, with sales increasing at 50 per cent or more for five consecutive quarters. Mobile now accounts for 87 per cent of Facebook revenue. That amazing quarter-on-quarter growth dipped to 45 per cent in the quarter reported yesterday.

But that's not enough for a thirsty Wall Street, and there are only so many adverts you can put in front of people on Facebook feeds. So Facebook spent much of the call talking up how to squirt adverts into video, and also your IM chats (Facebook also owns WhatsApp of course).

Twitter, Spotify and Snap are also dabbling in video (your TV concepts for Spotify were rather better than Spotify's own).

Facebook has just bought a DRM company to show it's really, really serious. But compared to Netflix, which outspends HBO and the BBC, the moves look tentative. Facebook will reportedly pay a paltry $35,000 for short projects and $250,000 for longer projects, keeping the rights for itself. Ads will interrupt the show, which we're not used to in the Netflix era. And the revenue split isn't attractive for talented people in a competitive market place. Only students, desperados and exhibitionists accept such money for a good idea. Doesn't the internet have enough desperados and exhibitionists already? Apparently not.

If Facebook was a startup media company and pitching for investment with this prospect, this video proposition wouldn't attract much smart money. Most people would laugh it out of the room. Which brings us back to the opening argument: Facebook already dominates the attention share for 2 billion users, so it doesn't have to do anything brilliant, or experiment, or take any risks.

It seems an eternity ago, but it's only four months since Snap went public with ludicrous talk of heralding in "a new era" of human communication. It was also a camera company. Really. Snap had the ability to make intelligent people say really stupid things – so much did they yearn for "media disruption" and the fizzle of the dot.com days.

Facebook has simply copied Snap's features and carried on serenely. Snap's growth has been slowing for months. Snap's shares are now below its launch price. That's disruptive innovation in new media for you. ®