Two-thirds of the planet doesn't have internet access - but some aren't keen to see Facebook make a bridge across that digital divide.

Not least of these will be arch-rival Google. Between them, the two scoop up 99 per cent of all new digital ad spending, but there's everything to play for in emerging markets.

Facebook's free service for the world's poorest people - many of whom typically earn $1 a day - was labelled "colonialism" this week by an NGO supported by both Facebook's biggest rival, Google, and Facebook itself.

Free Basics is a WAP-like service that sees Facebook partner with a mobile operator, and it's launched in over 60 countries. As the name implies, it provides very basic connectivity at no cost. As you'd expect, Facebook services are provided, but anyone can apply to join, as long as they supply content in the low bandwidth-friendly Free Basics page format. We compared it to "a very, very dumb fragment of AOL that fell through a time machine from the mid 1990s". 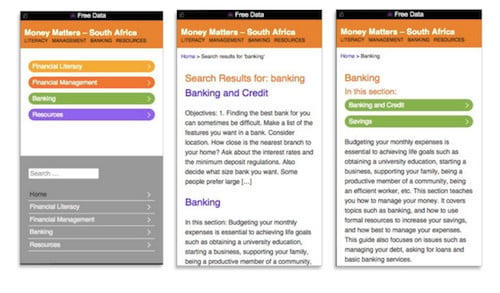 But the idea that it's better to provide very poor partial internet than having no internet is not universally popular.

In December 2014, Google's chief policy guy in India, Raman Jit Singh Chima, left the business. Two months later, he resurfaced at an America NGO called Access Now, which is funded by Google (as well as Facebook itself and others), and became involved in a campaign to get Free Basics outlawed.

This infuriated Marc Andreessen, a Facebook board member and VC, who tweeted: "Denying world’s poorest free partial Internet connectivity when today they have none, for ideological reasons, strikes me as morally wrong."

He also questioned the logic. "Leap of net neutrality from 'carriers shall not charge some content more' to 'poor people shall not get free partial Internet' = astounding".

Wealthy people telling the world's poorest what they could and could not do was colonialism, Andreessen argued, a point made by the website "No Internet For Poor People" which pointed out how wealthy the Free Basics critics are. But the C word resurfaced again this week, directed at Facebook itself.

Yesterday, the NGO Global Voices chipped in with a study that criticises Facebook's attempt to bridge the "digital divide".

"Some internet is better than none — but not on Facebook's terms," the NGO proclaims. "Global Voices research findings suggest that most of the content offered via Free Basics will not meet the most pressing needs of those who are not online, and that the data and content limitations built into Free Basics are largely artificial and primarily aimed at collecting profitable data from users."

Ignore the conclusions, and the research is actually a useful look at what Facebook is doing with Free Basics in six countries.

It's understandable to be sceptical about Zuckerberg getting the rural poor hooked on his data-slurping social network. But you'd be naive to think that the objections are anything to do with "net neutrality", an ever-malleable justification for hobbling one's commercial rivals. It's all about the bucks. ®